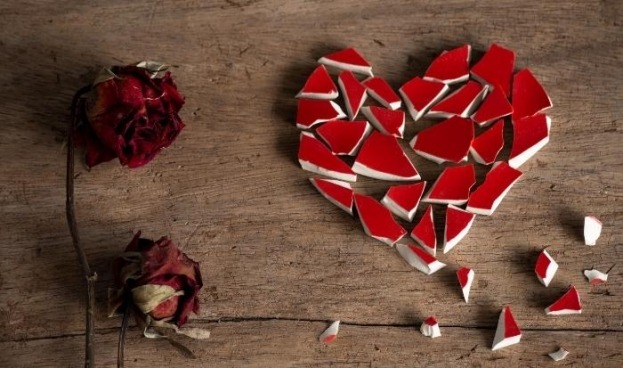 Treasuring the Love That Is Destined to Fail

Posted by KidSpirit Online on September 12, 2022

When I was younger and prompted to consider the concept of love, I imagined finding my one true love, someone I’d be able to share the rest of my life with. Yes, the concept is certainly romantic but, ultimately, misleading.

Growing up in Melbourne, Australia, I’ve noticed a common belief among teenagers that it’s not worth falling in love with someone unless you plan on marrying them in the future. This notion made it difficult for me to approach the idea of romantic love, as I believed that, unless it was to last forever, it was better off not attempted at all.

All my life, the adults around me have put a big emphasis on getting a good education. When discussing the future, the conversation is not so much about marriage as it is about what job I would like to strive toward. This meant that I generally learned about how I should pursue romantic love not from the adults around me but from my peers and the relationships portrayed on television, my primary source of entertainment as a child. In those cases, couples generally consisted of individuals aged 25 years and older who were either already married or were planning to marry their partner in the future. Even when reading novels featuring characters in their teenage years, I rarely found an accurate representation of how couples continued their relationship beyond school. This left me with the assumption that, once you finish school, romance is approached with the aim of finding someone to marry and spend the rest of your life with.

As I grew older and my friends began entering their first relationships and consequent breakups, it was common for peers to say, “It’s okay, there’s always someone else out there” or “Perhaps they just weren’t the right one,” as forms of consolation. On the surface, these comments appeared harmless and perhaps even motivational, but they had helped solidify my belief that I would eventually find “the perfect one” and should approach love with the sole aim of finding that person.

During a lockdown in 2020, I entered my first relationship. It was incredibly emotionally rewarding, as I had a close companion that would support me through difficult times. Yet, after a few months, I realized that I couldn’t see it lasting forever. We lived on different continents, and neither of us were in any hurry to move overseas. As we retained opposing plans for the future, I worried that the longer we kept dating, the worse it would be when we broke up. Thereafter, this constant concern seemed to overshadow our entire relationship. Every happy moment was followed by my anxious worry that, in the end, this would all be gone. Ultimately, I decided that the responsible action to take was ending the relationship as soon as possible.

Only afterward did I realize that our relationship was stable and healthy, and both of us had grown because of it. Although it may not last forever, love is still worth pursuing. It was simply the negative connotations I had carried and misconceived perceptions I had upheld of being in a relationship that led me to feel as if breaking up was my only option. I thought that deciding to date someone was synonymous with signing a contract to be together forever. I knew that you’d face challenges, but you would face them together. And if it seemed that the challenges could not be overcome, you would break up.

However, this was a very restrictive approach to romantic love for multiple reasons. What if I had approached friendships in the same way? After all, friendships and romantic relationships are inherently the same, except the latter also involves romantic feelings. When making friends, I don’t consider whether the friendship will last forever; I simply make the most of the time I have with them. This is likely because the culture I was raised in simply doesn’t emphasize longevity when evaluating friendships as much as with romantic relationships.

I soon realized that it was important for me to experience this seemingly “not-so-ideal” romantic relationship, as it had helped me recognize there is no fixed way that love must be expressed. I contacted my partner again several days after our breakup, realizing I did not want to completely lose them because of my previously biased judgment. After sincere discussion and opening our hearts to each other on previously unspoken worries, we reached a mutual understanding. We decided that because we would never know how the future could unfold, it was best to simply enjoy the time that we did have together. Even if, in that moment, we saw in each other a close friend rather than a lifelong partner, we chose to give our relationship a second chance. We now recognized that we could follow our own rules and agreed to be more honest about our thoughts going forward.

Maintaining an open mindset has allowed me to approach the idea of love far more optimistically, knowing that there is no telling how a relationship will unfold unless you are truly willing to open your heart and give it a try.

When she wrote this article, Abigail Webster was a 15-year-old student in Melbourne, Australia. From a young age she has been a very outdoorsy person who enjoys being out in nature. In recent years, she has come to enjoy spending my time at home curled up with a good book, drawing, or watching YouTube. She likes to learn about other people and their interests, has many pets, and is interested in working with animals in the future.