A Prayer about the Death Penalty 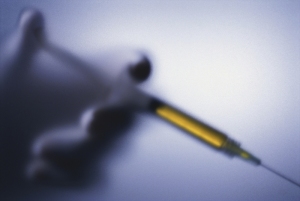 God Who Breaks Chains, 32 American states have the death penalty for certain crimes. Public opinion remains divided on this practice, even after something went wrong during the lethal injection execution of Clayton Lockett, an Oklahoma inmate, resulting in his writhing in pain for nearly 40 minutes before dying of a heart attack.

Poll: 65% of Americans support the death penalty for convicted murderers, including 82% of Republicans and 53% of Democrats. Of those who support capital punishment, 74% say they want executions to continue even if the condemned suffer extreme pain and struggle for breath for more than 20 minutes before dying. (HuffingtonPost.com/YouGov.com)


God of Love, free us from being imprisoned in hatred and feelings of revenge for convicted murderers who are facing the death penalty. May we never want to see others suffer a painful death. Inspire us to reflect upon spiritual responses with the death penalty. And may your mercy prevail.

Next Post: Prayer for the Kidnapped Nigerian Girls and All Their Sisters