Minyan Ten Principles for Living a Life of Integrity

"There is a Hasidic story about a town gossip. This fellow thoughtlessly told and retold stories about others that brought them shame. The town's rabbi met with the man and confronted him with his words. The man was stunned. He had no idea he was spreading such hurt. He broke into tears and begged the rabbi for help. 'There must be something I can do to atone for the wickedness I have done.'

"The rabbi instructed the man to take four pillows out into a field. Once there he was to slice open each pillow with a knife and shake its feathers into the wind. The man thanked the rabbi and rushed off to do as he was told. He purchased four fine feather pillows and cut them open in the field, watching as the feathers scattered in every direction.

"He returned to the rabbi to let him know he had completed his penance.'Not quite,' said the rabbi. 'Now go back to the field and retrieve the feathers.'

" 'But that is impossible,' said the man. 'The winds have taken them everywhere.'

" 'It is the same with your words,' the rabbi said gravely. 'Just as you cannot retrieve the feathers once spilled, so you cannot withdraw words once spoken. No matter how sincerely you desire to undo what you have done, the harm caused by thoughtless speech cannot be rectified.' "

To Practice: Monitor your words so that they do not set in motion harmful things. And when they do, ask for forgiveness. 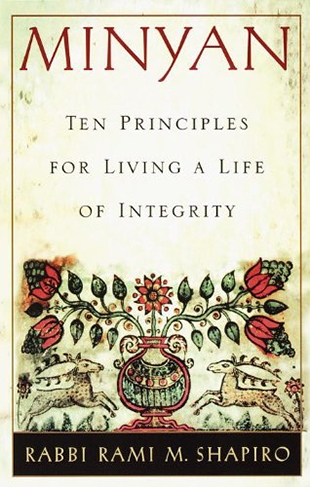