Hymns to an Unknown God Awakening the Spirit in Everday Life

By Sam Keen
Sam Keen on what is needed for a shift to a compassionate culture.

"Only a fool or a futurist would predict the shape of a possible but improbable compassionate world order. It seems likely that we will increasingly be pushed up against the great alternative — either learn to care for each other beyond the old lines of nation, class, and religion, or self-destruct in the economic-military warfare of each against each. Yet there is no way to anticipate what dynamics might unfold if a majority of citizens became committed to the practice of political compassion.

"Without knowing whether such a shift can be accomplished, we can point to some of the radical changes in our fundamental values and principles of political action that we would have to undergo to move toward the creation of a compassionate political order.

"If there is to be a compassionate community it will arise from:

"All this sounds extremely radical and utopian. It assumes nothing less than an effort to found a society based on the principle of generosity. As unlikely as this sounds, it is not without historical precedent. Many tribal societies were based on the exchange of gifts rather than the trading of commodities, on the ideal of generosity rather than equality. The hunter gives meat, the shaman gives visions, the mothers give children, the old women give knowledge of healing herbs, the old men give wisdom of governance. Even today in those parts of the world where the market has not yet become the organizing principle of life, gift-exchange is the major force creating community. Western travelers to the Himalayan countries are frequently amazed by the hospitality and generosity they encounter.

"What we are discovering lately in American society is that we can't build a good society on the principles of self-interest and entitlement alone. Without generosity, there can be no community. Without the kindness of strangers, a society is turned into an armed camp. Without the selfless giving of fathers and mothers, children become alienated and uncivil adults. Without tenderness between son-father-grandfather, daughter-mother-grandmother, the continuity between the generations is ruptured and wisdom lost. . . .

"It is crucial that we hold our dream for a more compassionate order before our eyes without assuming either that the dream is impossible or that it can be actualized by any five-year plan. Speaking about the human plight, Reinhold Niebuhr once remarked that 'nothing worth doing can be accomplished in a single lifetime.' To avoid despair, to be animated by hope, it is not necessary to know that our dreams for a just and compassionate order will come to pass in short order. It is necessary only to follow a vocation that leads us in the right direction." 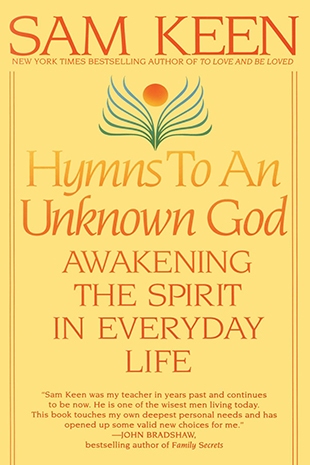