By Ken Wilber
An experiment from Ken Wilber on figuring out who is more spiritual.

Where Is Spirit Located?

"Here's a simple thought experiment. Picture the following men (or make them women if you like), and then tell me which you think are probably the most spiritual?

"It's a new world, it's a new spirituality, it's a new time, it's a new man, it's a new woman. All of the above categories are deeply spiritual. Mostly all that list is, is a list of things we are afraid to allow spirituality to touch. Dead from the neck, down, with no humor, no sex, no aesthetic sensibility whatsoever, wasting away, spending one's days and nights ignoring the world and lost in prayer . . . what a strange God, that.

"Well, no more. Dead to life, dead to the body, dead to nature, dead to sex, dead to beauty, dead to excellence: that never was a real God, anyway, but merely a desiccated distillation of the things that men and women always had the most difficulty handling, and things from which God became the Great Escape, a distillation and concatenation of every phobic and repressive impulse a human being possessed.

"The Spirit is integral, and so is the human being." 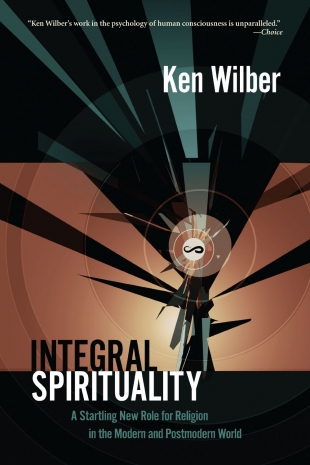