By Byron Katie
Byron Katie on having a flexible and open mind.

"The gentlest thing in the world is an open mind. Since it doesn't believe what it thinks, it is flexible, porous, without opposition, without defense. Nothing has power over it. Nothing can resist it. Even the hardest thing in the world — a closed mind — can't resist the power of openness. Ultimately the truth flows into it and through it, like water through rock.

"When the mind first becomes a student of itself, it learns that nothing in the world can possibly oppose it: everything is for it, everything adds to it, enlightens it, nourishes it, reveals it. It continues to open, because it's in a fearless, undefended state, and it's hungry for knowledge. And when it realizes that it's nothing, it can penetrate everywhere, even when there's no room for it, no place to receive it.

"People are afraid to be nothing. But being nothing is only one aspect of it. Not only is it nothing to be afraid of, it's a cause for celebration. Without your stressful story, there is no stress — obviously! When you don't believe your thoughts, there's only laughter and peace. There are names for a place like that. I call it heaven. And how can people know what nothingness is while they still believe what they think? 'Something is better than nothing' — can you absolutely know that that's true?

"The truly open mind doesn't have a goal or a purpose other than to be what it is. It's not attached to concepts of self or other. It realizes that ultimately there are no humans, there is no mind. When the mind opens, you lose everything, gratefully. I'm sitting here as a woman, and in the next realization I'm a galaxy or an ant. It doesn't matter. You lose everything, and then there's the reentry. On a good-hair day, don't you love to look in the mirror? That's what it's like. You're looking in the mirror at nothing, delighted. When you're nothing, it's always a good-hair day.

"I can't know what the world is going to be. My body is never the same twice. It's tired, it's rested, it's large, then immediately it's thin. I can never recognize it. I see it as old, and that's lovely. And then it shifts before my eyes again and becomes the body of a young girl. It's like glimpsing something, and then you look again and it wasn't that at all. It's absolutely gorgeous, then it shifts to something unfathomable. I don't know what it is or whose it is or why it is. And what it does is fascinating. Its own hand begins stroking its own leg, for no reason other than to apply lotion to skin that doesn't need it. And then it will hold a cup of anything and drink it, a liquid I call tea, for example, but I can never know that, either. My world is one of constantly shifting forms. There's nothing I can count on in it, not my age, not my body, not who is with me, not my identity, not the century, not the planet I live on.

"Mind appears, if it appears, only to end itself. The projected world goes first, then the mind that projected it. No trace of it remains. Silence is all that's possible — the openness of never having existed in the first place. That's where I live. When it's over, it's over. You can't create or uncreate it. You wouldn't want to.” 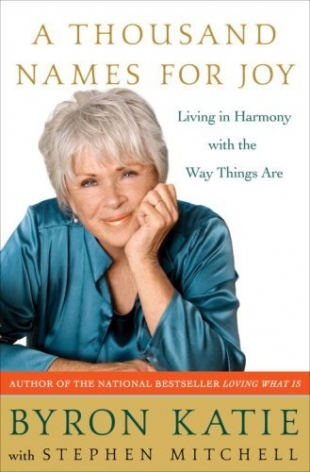