Coincidence or Destiny? Stories of Synchronicity that Illuminate Our Lives

By Phil Cousineau
Gary Rhine on seeing a sign from God.

"In 1970, I was nineteen years old and attending my first year of college. I had been studying the religions of the world, while at the same time participating in Students For a Democratic Society (SDS) and protesting against the war in Vietnam. My SDS activities had resulted in my feeling angry at my country, frustrated with my parents, and generally depressed about my life. I had an ongoing debate inside my head regarding politics and religion. Which was the best way to influence positive change in the world?

"So, in the traditional manner, I climbed the highest mountain, pondering the question. I acknowledged that I wanted to believe that there was a God, but I wanted some proof before I was willing to commit. So I prayed spontaneously, probably for the first time in my life. I said, 'Creator, if you're there, I want to believe in you and live my life in a way that will contribute to your will. But I need a sign. If you will give me a sign of your existence, then I'll dedicate myself and my passion to you for the rest of my life.'

"Suddenly, directly in front of me in mid-air, were two pairs of hummingbirds, two of them spinning around each other just to the left of my eyeline and two just to the right.

"I wondered if this was the sign. Although I had never seen birds mate before, I realized that that's what they were doing. Not one pair, but two pairs mating directly in front of me.

"Was this a coincidence, or was it a sign from God? I thought to myself, 'What do you want? What did you expect?'

"I decided to accept this as a sign. I committed myself to the spiritual path, and I've never looked back. (Ironically, my destiny was to merge the two paths of politics and spirituality!)" 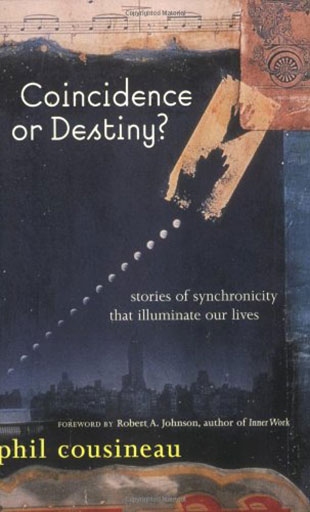