Between the Listening and the Telling How Stories Can Save Us

By Mark Yaconelli
The need for stories that help men express the pain they feel.

“Sometimes a story can kindle murderous rage, or crystallize resentment, or summon hatred instead of empathy. It might be a story called 'Race Determines Worth.' A story titled 'Killing Is Holy.' The young man who shot and killed his teacher and eight other students fed himself on a story he called 'The Most Hated Person in the World.' It was a story he constructed about himself inspired by the writings of other mass shooters. It was a story that, to him and other hurting, angry, socially isolated young men, was a story of martyrdom: the scorned, friendless boy enacts just revenge on those who have ignored him, willingly sacrificing his own life in a valiant quest for attention. The story is self-absorbed, narcissistic, destructive, and utterly delusional. And yet it is a story that lives because it somehow gives expression to the anger these young men feel.

“As I worked in Roseburg [OR, in the aftermath of a mass shooting] and felt the terrible, needless suffering caused by one person, I couldn’t help but wonder: What if the shooter had been given other stories that helped him express the hurt he felt? What if he had been told stories by groups of men who had transformed their own pain and alienation, men who had found friendship and community through heroic acts of service? I wondered about the story this shooter and other violent young men are communicating about our society, about growing up male, about the ways men are formed.” 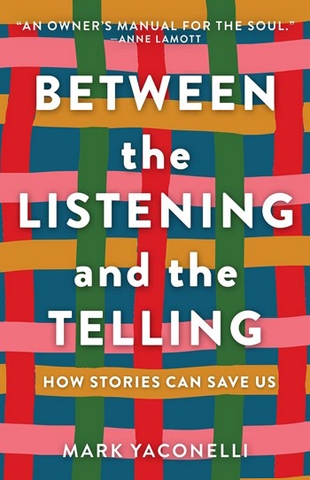