A History of Islam in 21 Women

By Hossein Kamaly
Heroic and brilliant women at the heart of Islam.

You meet Khadija, from ca. 560-619, in chapter 1. She is “the first believer” according to author Hossein Kamaly. “She believed the message of her husband, Prophet Muhammad, even before he openly started to call the people in the Arabian town of Mecca to the one and only God.”

Meet also Fatima of Nishapur, from the eleventh century, who according to chapter 5 was “keeper of the faith.” Fatima lived in what is now northeast Iran, where she dedicated her life to recounting the words and deeds of the Prophet by teaching the mystical interpretation of the Quran and the practice of Sufism.

There are six women from the twentieth century including Maryam Mirzakhani, who died recently in 2017 and is remembered as “the princess of mathematics.” Noor Inayat Khan (chapter 18) is here as well. She’s been the subject of other books, also a PBS documentary, “Enemy of the Reich,” narrated by Academy Award-winner Helen Mirren, and one of three female World War II heroes portrayed in the film “A Call to Spy,” which released in the United States during the Covid pandemic.

A few chapters address with nuance controversies in Islam’s history. One of these takes a close look at Tahereh, from the first half of the nineteenth century, who’s remembered as either “heroine or heretic.” To read the final paragraph of this profile, see the excerpt accompanying this review.

Each chapter is eight to ten pages in length, with history, spirituality, and context. A drawing of eight of the women in black-and-white fills a page at the start of those chapters. An afterword, notes, further reading, bibliography, and index help summarize the importance of these women and missing chapters in the history of the faith they represent. The introduction very clearly makes the case why the reader should come on this “exciting intellectual journey that aims to set the historical record straight.” 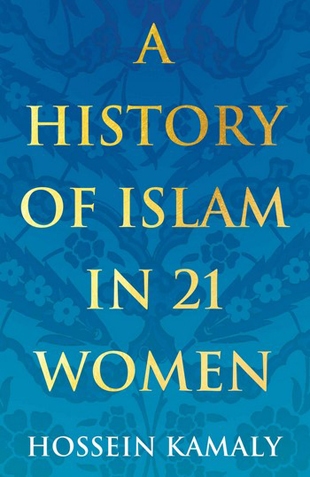