By Ann Hazzard, Vivianne Aponte Rivera
A culturally sensitive tale of a girl's quest to live with the absence of her detained father.

As the authors of this book point out, immigration-related dilemmas do not have easy answers. Something Happened to My Dad offers the compelling story of a girl named Carmen who discovers the power of hope and love in facing the difficulties of her father's detainment as an undocumented immigrant from Mexico.

As Carmen struggles to understand where her father has gone and what will happen to her family, she is bolstered by the family histories of other children in her school whose ancestors faced similarly daunting challenges. Rather than glossing over the achingly long time that it will take to free her father, the book focuses on how Carmen learns to use the magic skills that she learned from him to express herself and keep her courage alive.

The authors — who were faculty members at Emory University School of Medicine in Atlanta at the same time — understand the value of therapeutic stories for working with children and teens. Ann Hazzard, a psychologist and community advocate, and Vivianne Aponte Rivera, a child and adolescent psychiatrist, have each worked at clinics serving mostly minority and immigrant families.

Illustrator Gloria Felix grew up in a small city in Mexico that was one of her artistic biggest inspirations. But she says that her main inspiration was her own family: " My abuelitos and papás. My grandfather was a bracero back in the day; he migrated north, just like the monarch butterflies, a very special symbol for all migrants ... ." When designing the characters, she made sure to include representation of Afro-Latinos, " a part of the population that is often overlooked in Latine media."

Written for readers ages four to eight, the book includes a Spanish glossary and an extensive Reader's Note that covers topics like the importance of talking to children about immigration, strategies for fostering cultural sensitivity, and special considerations for mixed-status families. We were greatly impressed by this book as both a therapeutic and a teaching tool, one that would be valuable to children going through similar experiences or those seeking to expand their understanding of the world. 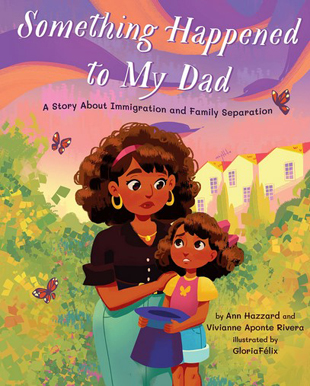