An Interview with Phil Cousineau

An interview with the author about The Olympic Odyssey, his book about the mythology, history, soul, and spirit of the Games.

Q: Why one more book on the Olympics? What compelled you to write the book?

A: Sure the bookshelves are groaning with hundreds of books on the Olympics. But the overwhelming numbers of them are remarkably similar. They are either academic studies that focus on the classical history of the Olympics, or they are strictly sports books that concentrate on dates, statistics, records, and the usual pantheon of heroes and heroines. It can be exciting stuff, but I feel it is only half the story. My book looks at the other half of the story, what Jesse Owens called "the inner life" of the Olympics. It is about the spirit of the athletes and the soul of the Games, which is to say the purpose, meaning, and even the fire that drives it all.

Q: How can anybody possibly write about the spirit and soul of sports?

A: I try to do it in the spirit of my old friend and mentor, Joseph Campbell, the great scholar of mythology. I take the mythic perspective. In the positive sense of the word, myth means the sacred story behind everything, and in the negative sense, refers to the lie behind everything. There are life-affirming myths galore surrounding the Olympics, from the ancient belief that Hercules founded the Games to the modern belief that Jim Thorpe is the great god-athlete of the twentieth-century. On the other hand, there are life-deadening myths like the myth of amateurism, which never existed in ancient times, or the myth of the weak female, which was used to "protect" women from exploitations, but was of course out and out sexism.

Q: Why a book about the sacred side of the Olympics today?

A: Timing is everything. There has always been a crisis at the heart of the Olympics, but with all the recent revelations about the shadow side of the Movement — from doping to bribery — the time is rife for some positive change. In 1996, the mayor of Athens called for a "return to the ancient spirit of Athens" that he believed would save the purity of the Games. Considering the fact that the Games return to Athens in 2004, there will be more attention paid to the original purpose for the Games. I think people will be more open to the mythic and spiritual perspective of the Games if it's the modern Greeks and not just the modern Californians who are addressing the so-called Greek ideal, and they are.

Q: What is the Olympic Ideal?

A: The ideal answer comes in two parts. The Olympic Ideal was peaceful competition in an atmosphere of fair play and brotherhood. But it was part of the greater Greek ideal that emphasized what Plato called "the well-lived life,"and that at the heart of that life was "arete," or "excellence." But not just in athletics. The real ideal was the pursuit of excellence in mind, body, and soul. That idea is at the heart of my book.

Q: That sounds a little romantic. Did it actually happen? If yes, how do we know?

A: We know this from the classical writers of the day, whom I quote in the book, but also from vase paintings, sculptures, mosaics, and the hard evidence from the digs at the various athletic sites around Greece, especially at Olympia. At the Festival of Zeus there was an amazing fusion of art, commerce, oratory, politics, religion, and athletics. Imagine the World Series or World Cup being held during Christmas Week in Jerusalem — under an enforced truce — while the United Nations conference and an art fair were being held. That gives you a little idea of the magnitude and scope of the ancient Olympics.

Q: Why did they call it a festival?

A: It was really a celebration in honor of Zeus, the greatest national holiday in all of Greece. People from 100 city-states attended, somewhere between 50 and 200,000 people. To me, the beauty was that it wasn't really centered on the athlete; that is one of the lessons I try to draw for the modern audience. We have created great champions but also a lot of egomaniacal athletes by shining the spotlight only on them.

Q: How do the Modern Games compare with the Ancient Games?

A: The ancient ones may have been noble in many ways, but they were also fierce, ferocious, take no prisoners. Remember the training for the games and the events were all part and parcel of the warrior cult, even though there was this marvelous wedge thrown into it called the truce. For a month around the festival there was to be no warfare. It was ruthlessly enforced; it may have been the only time in a person's life where they didn't have to worry about war. At the same time, women were shunted off to the side to compete in their own games; they weren't allowed to compete alongside the men. So the Modern Games in comparison are far more equal in terms of racial and gender equality, but the Ancient Games I think were more spiritual because they were held in an actual sanctuary.

Q: Isn't it dangerous to mix religion and sports?

A: Yes, I agree, but by spiritual I mean the transcendent dimension in human nature, that which lifts us up, brings a higher awareness. It's also connected to the fire within us, the deep drive, the ambition. In sports, spirit refers — then and now — to brotherhood, thinking of the team before yourself, even your city or your country. That's what I am driving at, especially in the section of the book devoted to "Beyond Winning."

Q: That sounds great, but do you have any suggestions on how to pull it off? At the end of your book, in the epilogue, you list a few suggestions.

A: Yes, I call them "The Olympic Ways," a simple phrase designed to demystify all this in contrast to the "Olympic Dream," or "Vision." If something is too ideal it becomes ideal-istic. I wrote this book to be helpful and useful as well as inspirational.

Q: Can you share a few suggestions with us?

A: Sure. I will share a couple and the listener can find the rest in the book! First, I suggest turning the one-dimensional Games into two or three-dimensional Games, as they were in ancient Greece. Rather than adding more and more events, as the International Olympic Committee (IOC) has been doing for decades, it would be more helpful to eliminate a few and round out the fare with more cultural events. That's how you address the whole human being. At Olympia and Delphi, for example, there were competitions in drama, poetry, and oratory. We could revive those and add film and dance, as well as offer simple religious celebrations. Slowly, we can bring back the notion of the Olympics as a time to celebrate the entire three-dimensional human being. I think that's a healthier message to send to young people who are thinking about a life in athletics.

Q: Okay, but some people would object that we already have enough competitions in those other fields.

A: Yes, television is overwhelmed with self-congratulatory award shows and they have their place in society. But they also serve to further separate artists from scientists, athletes from poets, and so on. As I see it, this only intensifies the urge to be obsessive in one thing. And the obsession with winning leads to cheating and doping and so on. Instead, I am calling for a return to what the Greeks called the "encyclopdic"approach to education, literally an all-around approach. At the same time, I am encouraging the burning desire to excel. Let's just spread the fire around.

Q: This may be an unfair question, but do you practice what you preach, or teach?

A: I try, I try. Everyday I write, so already I'm automatically in the creative mode of living. But I also read something off my subject, a little poetry, a little natural science, anything to stimulate the other half of my brain and stir my soul at the same time. I am also conscious of getting some exercise every day, and I find it's hugely important to play, which isn't necessarily the same thing. Fortunately, I have a six-year-old son, so it's easier these days to be play-ful. And then several times a week I try to stop in at the local Shrine of St. Francis in San Francisco and light a candle, or stop in at one of the local Buddhist shrines. Together, I think this comprises what I call in the book the Olympic Way: every day pay attention to your mind, your body, and your soul. If you do, according to the ancient Greeks and gold medal winners like Billy Mills, you are a success in life, which is the definition of the true champion. That's what my book is about. Drawing lessons from the Great Games and applying them to the Real Olympics in everyday life.

Interview provided by Quest Books, publishers of The Olympic Odyssey. 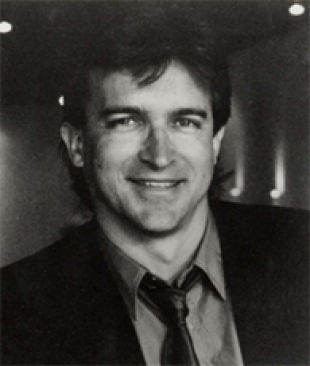