Hunting for Hope A Father's Journeys

"The words hope and hop come from the same root, one that means 'to leap up with expectation.' Isn't that how it feels to be hopeful — that buoyancy, that eagerness for what is to come? Since before our ancestors began planting crops, humans have been living in expectation, counting on the hunt and the harvest, on what the earth and our labors will being forth. We invented ways of speaking about what we plan for and long for, even when it is not yet visible: spring will come, we say, the drought will end, the fever will break; I shall marry you in the moon when the geese fly north and our children will prosper. All covenants, all vows, all prophecies are cast in the future tense.

"When we leap up, what do we see? If we see nothing but shadows closing in, if we expect only disaster, we may well quit leaping altogether. We may hunker down in the present, sink into momentary sensation — not as a way of experiencing the fullness of being, as mystics would have us do, but as a way of avoiding tomorrow. 'The prisoner who had lost faith in the future — his future — was doomed,' Frankl reports from his time in the Nazi camps. 'With his loss of belief in the future, he also lost his spiritual hold; he let himself decline and became subject to mental and physical decay.' In a milder but still hazardous form, this is what my children, my students, and many others of their generation are facing. . .

"The Latin word for hope, sperare, comes from an Indo-European root spei, which means to expand. You can hear that old root in prosper and you can hear its denial in despair. To be hopeful is not only to feel expansive, but to count on an ever-flowing bounty, while to feel despair is to feel constrained, to fear that the springs of life are drying up." 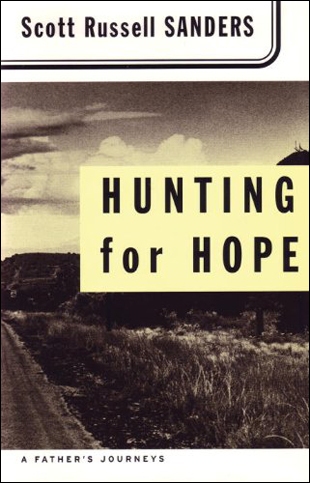