The Dark Side of the Light Chasers Reclaiming Your Power, Creativity, Brilliance, and Dreams

By Debbie Ford
A story by Guru Mayi about the nature of the worst thing in the world.

"The messenger leaves hurriedly, and once again he comes back days later with nothing in his hands. 'Where is it?' the King shouts out. Again, the messenger sticks out his tongue. 'Show me,' the King says. 'How can it be?' The messenger replies, 'My tongue is the best thing in the world, my tongue is a messenger of love. Only with my tongue can I express the overwhelming beauty of poetry. My tongue teaches me refinement in tastes and guides me to choose foods that will nourish my body. My tongue is the best thing in the world because it allows me to chant the name of God.' The King is well satisfied, and he appoints the messenger to become foremost among his personal advisors."

To Practice: Accept without reservations the worst and the best things in yourself. 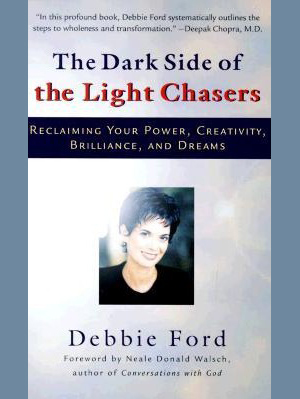