"The early Buddhists of Tibet were known as the Kadampas — they were simple people, herders and carpenters and small farmers, who took to the new ideas like fish to water, in their simple but exquisite way. They carried around a small bag of pebbles, half white and half black. Whenever they had a very good thought, or said something very positive to another person, or did someone else a kindness, they would take a white pebble out and put it say in their left pocket. Every time they had a negative thought about someone else, or said or did something unkind to another person, they would take a black pebble out of the bag and put it in their right pocket.

"At the end of the day, just before going to bed, they would take all the pebbles out of their pockets and count up the black and the white. They immediately learned, as you will too, that the black pebbles far outnumbered the white pebbles. This isn't to say we're all evil and that we should always feel guilty or dirty — it just means that the basic condition of most minds in this corner of the universe (and there are many other corners) happens to work that way. A very, very important quality of our minds though — and you can see this is true — is that they are eminently trainable. With a little practice, your mind can learn almost anything; it's just a question of putting your mind to it."

To Practice: Collect a bag of black and white stones and use them as the Kadampas did. In this way, you train your mind to emphasize the positive in your relationships with others. 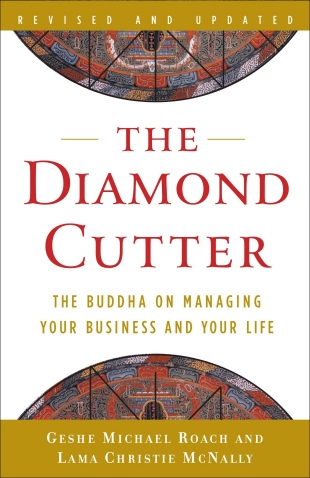