By Scott A. Hunt
The Dalai Lama talks about the dark side of violence and revenge.

" 'If you hold on to the spirit of revenge, you will not be a happy person,' the Dalai Lama said. 'You will not achieve peace of mind. If you get your revenge and destroy your enemy, I think that is a very temporary satisfaction. In the long run, generally speaking, you have to face the long-term consequences. So therefore, it is far better to give forgiveness. What was done against you is already done.

" 'The other day I met a Tibetan whose relative in Nepal was killed. He went there, and the police told him that they had a suspect and he should bring the suspect to court. And his response to the police was, "My relatives — his wife and others — all four are already killed. If by bringing this murder case to court, my relatives can be brought back to life, then I will do it." But that is impossible. So, he believed that bringing the case to court would cause more complications, more suffering to others, so he didn't want to bring the issue to court. He was not necessarily thinking that tolerance is great, and that he should practice tolerance. He just analyzed what were the benefits of retaliating. Through that way, he dropped the issue in the court.'

" 'But some people derive some sense of satisfaction, they feel it rights some wrong, not to forgive, to remain angry, to have revenge,' I pressed."

" 'Ah, but then appropriate counteraction is a different question. Tolerance does not mean that you accept what they have done. Say there are two families: your family all the time remains humble, but the other family all the time takes advantage of you. Once that kind of behavior becomes your neighbors' habit, then they may take advantage of everyone at every occasion, not just your family, but everyone. They become totally spoiled. As far as your own thinking is concerned, you can tolerate it, you can accept it. But that will eventually bring disaster or ruin on your neighbor. One day people will have enough and do some harm to your neighbor. So, under those circumstances, without a motivation of ill feeling, but with the motivation of trying to bring your neighbor to act correctly, you take a countermeasure. In a friendly manner you say, 'Oh, I love you, I respect you, but by behaving in this way, you eventually will lose, you eventually will suffer.' This is an appropriate countermeasure. Exactly in this way we are trying to deal with the Chinese invasion. We are not accepting the occupation and all the tortures and deaths. Instead, we are taking countermeasures. But we do so without losing our compassion. We maintain our sense of caring.'

" 'Oh, exactly! Exactly! And remember, a person always can change. If we think about it honestly, there is always someone from the early part of our life, or even more recently, who was our enemy, but after some time we became very good friends. And the opposite is true also. So this means that when a person's actions change, our attitude toward the person also changes.' " 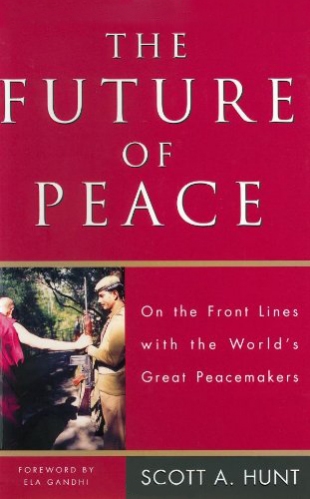