By Ernesto Cardenal
A celebration of nature's remarkable diversity and unity.

"Everything in nature has a trademark, God's trademark: the stripes on a shell and the stripes on a zebra; the grain of the wood and the veins of the dry leaf; the markings on the dragonfly's wings and the pattern of stars on a photographic plate; the panther's coat and the epidermal cells of the lily petal; the structure of atoms and galaxies. All bear God's fingerprints.

"There is a style, a divine style in everything that exists, which shows that it was created by the same artist. Everything is multiplicity within unity. Everything is both like other things and unique. Every individual thing has its own manner of being; it is that thing and not anything else. At the same time there are millions and millions of others like it, both minute creatures and immense stars. Everything has its own stripes, speckles, spots, dapples, veins, or grain--the caterpillar, the clay pot, the chameleon, the Klee painting and the Persian carpet, sea spray, stalactites, white agate veins in pebbles, the carpet of autumn leaves, wood, marble, sea shells, and the skeleton of the reptile. . . .

"In the image of God who created them, all beings are at once one and many, from the galaxy to the electron.

"No two caterpillars are alike, no two atoms, no two stars, even though they look the same in the sky at night. But all things also have something in common. The poet seeks to discover this pattern, this design running throughout creation, and tries to see how even the most different things have an underlying likeness. The mountains skip like rams and the hills like young lambs. . . . Your hair is like a flock of goats winding through the mountains of Gilead." 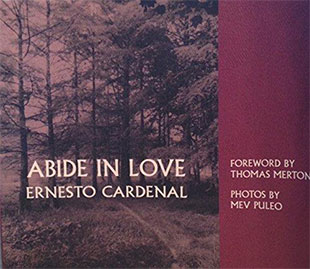