"I had resented the solitude of my life and fought it. But gradually the enveloping quiet became a positive element, almost a presence, which settled comfortably and caressingly around me like a soft shawl. It seemed to hum, gently but melodiously, and to orchestrate the ideas that I was contending with, until they started to sing too, to vibrate and reveal an unexpected resonance. After a time I found that I could almost listen to the silence which had a dimension all of its own. I started to attend to its strange and beautiful texture, which, of course, it was impossible to express in words. I discovered that I felt at home and alive in silence, which compelled me to enter my interior world and walk around there. Without the distraction of constant conversation, the words on the page began to speak directly to my inner self. They were no longer expressing ideas that were simply interesting intellectually, but were talking directly to my own yearning and perplexity. I was no longer just grabbing concepts and facts from my books, using them as fodder for the next interview, but learning to listen to the deeper meaning that lay quietly and ineffably beyond them. Silence itself had become my teacher. . . .

"The religious traditions have all stressed the importance of silence. They have reminded the faithful that these truths are not capable of simply rational interpretation. Sacred texts cannot be perused like a holy encyclopedia, for clear information about the divine. This is not the language of everyday speech or of logical, discursive prose. In some traditions, words are thought to contain the sacred in their very sound. When Hindus chant the syllable aum, its three distinct phrases evoke the essence of the gods Brahma, Vishnu, and Shiva, while the silence that follows when the reverberation of the chant has finally died away expresses the attainment of Brahman, the supreme but unspeakable reality. Other scriptures are chanted or sung in a liturgical setting that separates them from profane speech and endows them with the nonconceptual attributes of music. You have to listen to them with a quietly receptive heart, opening yourself to them either in ritual or through yogic disciplines designed to abolish secular modes of thought. That is why so many of the faiths have developed a form of the monastic life, which builds a disciplined silence into the working day." 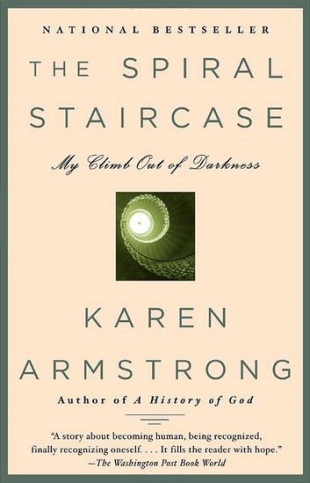