By Richard Rohr
Richard Rohr on the difference between justice and charity and the virtue of justice.

"We must work to create a world in which it is easier for people to do good, said Peter Maurin. And that is our difficulty today. We are surrounded by good, well-meaning folks who are swept along in a stream of shallow options. Not only is the good made increasingly difficult to do, it is even increasingly difficult to recognize at all. It seems that affluence takes away the clear awareness of what is life and what is death. I do not think the rich are any more or less sinful than the simple and the poor, but they just have many more ways to call their sin virtue. There is a definite deadening of the awareness of true good and true evil. In its place, we have mostly opinionated folks and sentimental opinions at that. Is there any turning back (or forward!) to awareness?

"I have found one fuzzy area that often needs to be clarified before spiritual conversion can take place: We have confused justice and charity. Charity was always considered the highest virtue and was popularly thought of as a kind of magnanimous and voluntary giving of ourselves, preferably for selfless motives. As long as we rose to this level on occasion, such as giving gifts as Christmas or baskets at Thanksgiving and occasional almsgiving, we could think of ourselves as charitable people who were operating at the highest level of virtue. The spiritual trap was that we always remained in charge; we decided who was worthy and unworthy of our love, and we garnered significant self-esteem as a byproduct. The question then becomes: Is this really virtue at all or actually an avoidance of the Divine Caritas? Is it any type of surrender or just another type of control? Are we instruments of God's love flowing into this world, or are we perhaps inhibiting that flow by our lack of true solidarity? Ordinarily, we wait for some onrush of warm, sad, or guilty feeling to drive us again to 'an act of charity.' What suffers in both giver and givee is the redemptive experience of true union and compassion. Some immediate needs might be met (and that's good), but the Lord and the great Good News are not well served. In other words, no new creation unfolds, no new peoplehood is formed, no healing grace is outpoured. It is just the same old system continued. Maybe that is why salvation history has proceeded at such a snail's pace among the comfortable: We have tried to be charitable without being just, we have tried to give without letting go, we have wanted to consider ourselves Christians while being only enlightened pagans.

"What has been lacking is the virtue of justice. The Christian virtue of justice is indispensable without charity. Justice and charity are distinguishable but clearly inseparable in the teaching of the Doctors and the social encyclical letters of the Popes. The giving and caring spirit of charity both motivates and completes our sense of justice, but the virtue of charity cannot legitimately substitute for justice. Persons capable of doing justice are not justifiable in preferring to 'do charity.' Although this has clearly been taught on paper, I would say it is the great missing link in the practical preaching and lifestyle of the church. We have ignored the foundational obligation of justice in our works of charity and thus have ended up not even doing charity! For centuries we have been content to patch up holes temporarily (making ourselves feel benevolent) while in fact maintaining the legal and institutional structures that created the holes (making those at the bottom feel like victims). Now it has caught up with us in unimaginable poverty, dysfunction, alienation, and human abuse.

"The question of basic social justice has been unasked and undemanded for so long — even by the redeemed society of the church — that when we ask it today we are considered to be troublesome, leftist, or dangerous. Even a bishop of the church like Dom Helder Camara of Brazil is forced to say, 'As long as we feed the poor, they call us saints. But when we ask why they are poor, they call us communists.' Those questions of justice will always be subversive and countercultural to those who are enjoying the fruits of the system as it is. That is why Jesus' proclamation of the Kingdom is good news only for the poor (Luke 4:18). 'You must not be surprised, brothers and sisters, that the world hates you' (1 John 3:13). What else could any self-maintaining system do? That is why the teachings of Jesus have put us on a collision course with the world that needs to divide us into those with the power and those without it. Instead, Jesus preaches a social order in which true charity is possible, a way of relating by which cooperation and community make sense. Jesus offers a world where all share the power of the Spirit 'each according to his or her gift.' And that 'Spirit is given to each person for the sake of the common good' (1 Cor. 12:7). And that is the key to Christian community and Christian social justice. It is not a vision of totalitarian equality, nor is it capitalist competition (read: 'domination of the fittest'), but a world in which cooperation, community, compassion, and the charity of Christ are paramount — and to which all other things are subservient.

"Do we any longer believe this? Do we think it is a realistic political option? Is it even worth working for? Or should we head off to the desert? I'm afraid that we have too often prayed that the Kingdom come. We are trapped with an answer.

"The kingdom reigns not just when the oppressed are liberated but even more when the oppressors are liberated from their insecurities and fears. It seems we are essentially involved in one another's conversion to justice and charity. We cannot hate, compete, compare, or dominate one another and still expect the new community of Christ to unfold. Our assurance that this is the Gospel is that God in Christ does none of these to us!

"The whole struggling world is belatedly wrestling with these issues. People of good will on left or right, East or West, believer or agnostic are reaching beyond the dichotomies of this century. Perhaps none has expressed it more succinctly and even humorously than Jaime Cardinal Sin of Manila. To an American audience he said: 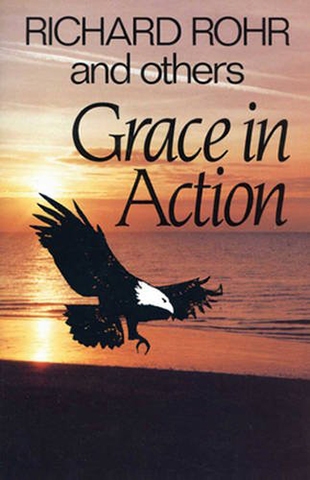