By Anne Lamott
Anne Lamott on hope for democracy and peace.

"It was a Golden Rule parade — you acted the way you wish the government would act, with goodness, and tender respect, and this held the peace. The splinter groups that went crazy later and trashed everything were peaceful when they were with us. I saw only friendliness, sorrow, goodness and great theater. My favorites were the people dressed as sheep on stilts, who resembled huge silver masked-ball aliens, with horns and curly tinsel wool, like puppets Louis XIV might have commissioned. No one had any idea why they were sheep or why they were on stilts. Maybe they were peace sheep, and maybe they just wanted to see better.

"The Women in Black moved solemnly in the middle of the throng, steadfast and profound, witnessing for peace. They dressed in black, like the Madres in South America. They stopped you with their presence, like punctuation, made you remember why you were here.

"Two things carried the day: regular people saying no to power, and glorious camaraderie. We were sad and afraid, and we had done the most radical thing of all: we had shown up, not knowing what else to do, and without much hope. This was like going on a huge picnic at the edge of the fog, hoping you could walk through to something warmer. The mantra you could hear in our voices and our footsteps was 'I have a good feeling!' The undermutter was silent, spoken with a sort of Jewish shrug — 'What good will it do to do nothing?'

"The barricades were broken down for once, between races, colors, ages, sexes, classes, nations. There are so few opportunities for this to happen — at first, it feels like us versus them, and then you're shoulder to shoulder with thousands of people, reading one another's signs that pierce you or make you laugh out loud! You rub shoulders, smell the bodies and the babies and pot and urine and incense and fear, and everyone's streaming past, including you. For once, you're part of the stream, and in that, in being part of it, you smell the pungent green shoots of hope. The feeling may be only for a moment. But it's a quantum moment: it might happen again, and spread and spread and spread; and for a moment and then another, there's no judgment, no figuring out, just an ebullient trudge, step, step, step. 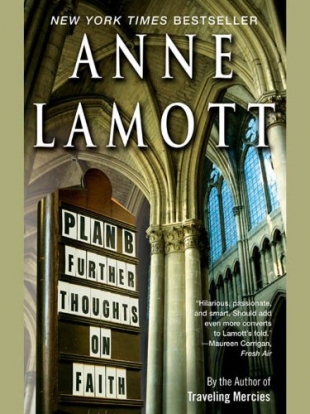