By Eknath Easwaran
On Gandhi as a moral exemplar of selfless service to others.

"Gandhi is a supreme example. He wanted so deeply to help the world that he dedicated his life to siphoning every trace of self-interest out of his heart and mind, leaving them pure, radiantly healthy, and free to love. It took him nearly twenty years to gain such control of his thinking process, but with every day of demanding effort he discovered a little more of the deep resources that are within us all: unassuming leadership, eloquence, and an endless capacity for selfless service.

"When he was in South Africa, Gandhi sometimes would walk fifty miles a day and sleep only a few hours a night. Even into his seventies he wrote hundreds of letters every week; when his right hand got tired, he learned to write with his left. Once, while he was writing a letter, the lantern failed. Most of us would have quit and gone to bed, but Gandhi, aware of how much his reply meant to those who had written him, went outside and finished his correspondence by moonlight. That kind of drive gives a glimpse of the wellspring of vitality he tapped every day. If we were asked to live like this, we would say, 'Impossible!' Gandhi would object, 'Oh, no. It is possible, when your mind is flooded with love for all.'

"How could anyone resist such a leader? His example inspired all of India to reach a little deeper for the perseverance, courage and compassion we needed to carry on the struggle for independence. If a seventy-year-old man could work like that, how could we not follow his example?

"Late in Gandhi's life a Western journalist asked, 'Mr. Gandhi, you've been working fifteen hours a day for fifty years. Don't you ever feel like taking a few weeks off and going for a vacation?' Gandhi laughed and said, 'Why? I am always on vacation.' Because he had no personal irons in the fire, no selfish concerns involved in his work, there was no conflict in his mind to drain his energy. He had just one overwhelming desire — an ambition that, like a bonfire, had consumed all his passion. This world-famous figure, who could have been prime minister of India and one of the wealthiest men in Asia, declared he had no interest in becoming rich or famous. He wanted something far greater, he said: to become zero, to place all his talents, resources, time, and energy in a trust for the world. . . .

" 'Full effort is full victory,' said Gandhi. You need not be troubled if you have made mistakes, or if your ideal has slipped away. Just continue to give your best. If you fall, pick yourself up and march on. If you cannot run, walk. If you cannot walk, crawl. Nothing in life is more joyful or more thrilling. The effort alone brings a continuing wave of joy in which every personal problem, every suffering and humiliation, is forgotten." 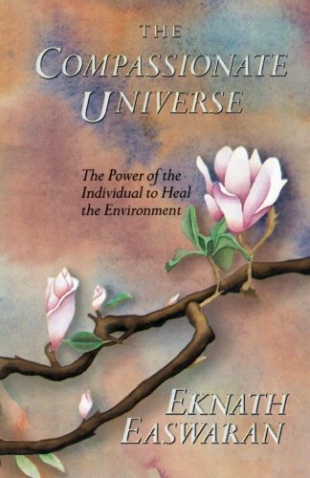