By Brenda Shoshanna
On understanding that anger is the number one terrorist we face in our every day living.

"Anger is a serious problem for one in every five Americans. Road rage, workplace violence, school shootings, domestic abuse, and addiction are just a few of its many expressions. The reason such a large number of our nation's citizens are on antidepressants, suffer from alcohol and drug addiction, are overweight, in broken relationships, and involved in all kinds of destructive behavior can be directly traced back to the effects of anger, particularly the hidden kind.

"It is well documented that anger strongly affects physical health and is directly related to heart attacks, high blood pressure, back pain, and many other physical disorders. When a symptom appears that is not a true cause of the problem, it is called a symptom substitution. We also turn our anger against ourselves in other ways. We become depressed or experience mood disorders, hopelessness, passive-aggressive behavior, promiscuity, domestic abuse, and many other forms of general misery. Sometimes anger converts itself into obsessive-compulsive disorders and individuals become unable to make decisions or choices about their lives.

"Anger is ruthless in the course it takes, attacking and disturbing our body, mind, and spirit. As school and workplace shootings arise, the divorce rate climbs, and people are increasingly unable to deal with the stresses such as those springing from 9/11 and other everyday threats, increasing numbers of people are on antidepressants. It is clear that anger is a societal problem that is only growing worse. It is time we paid attention to the number one terrorist we face: the anger we live with every day." 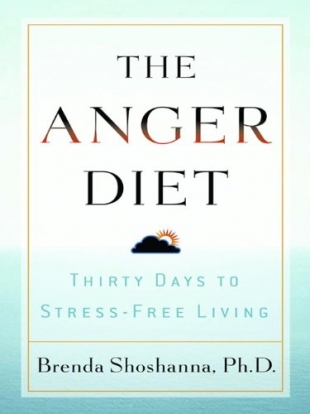