The Soul of the Story

"The main form of entertainment for the people here were plays called leela, with musical accompaniment that acted out the main stories of their religion. These were usually family productions, with families carrying this on from generation to generation. They started very young, playing simple instruments and working with various props. Then they took on the major roles in the play. As they got older, they became more accomplished as musicians or got more involved with costumes and props; as that occurred, the elders would become the directors and conductors. There were two productions in town: one for the 'common' people, who flocked to these plays in droves as we might go to the movies, and one for the spiritually elevated, the gurus and priests of the community. I was privileged to be invited to the latter.

"The play was beautiful, with its sets, costumes, music, and acting. It centered on a heroine who was searching for her lover, who had disappeared. It was a metaphor for each person looking for God, who is hidden from us. She went everywhere, asking, 'Have you seen my beloved?' Everyone replied that he or she hadn't seen him. I was appreciating the play from an artistic perspective. But as I looked around at the audience, I saw that they were all crying: they'd totally identified with the woman's longing for her beloved. For me, this was excellent entertainment; for them, it was reality. Once again, I was seeing that there is a separate reality of God, and that every 'drama' and trauma in our life is God's leela, God's cosmic play." 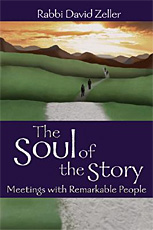