"For the first time in history, more people live in cities than in the countryside. Our world is no longer simply going through the experience of urbanization. Our world has become urbanized. And a massive number of urban residents live like Ana and her family in insecure, impoverished conditions. One billion people — or one in every three urban residents — now live in an urban slum, the vast majority of them in developing nations.

"Illegal slum communities, populated by millions of people, have enveloped major cities in the global South that are unable to respond adequately to the burgeoning demands of urban growth. Many residents migrate as refugees or from the countryside to escape rural poverty, to seek relative progress amidst the seeming optimism of cosmopolitan opportunities. They come to work, they come to be with family, they come seeking health care and education. Out of necessity, these impoverished residents create their own homes and neighborhoods spontaneously, sometimes overnight, because of a void in affordable housing.

"Such unplanned development leaves these communities without electricity, clean water, sewerage, garbage-collection systems, or, among other things, community organization. Residents devise their own jobs as vendors, restaurateurs, cleaners, garbage scavengers, nannies, day workers, and prostitutes. Yet they are insecure, disconnected, without a sense of place. They have little power.

"Then, as disease, land disputes, political injustice, corruption, gender inequalities, inadequate legal codes, and war affect these urban settlements, urban poverty can seem hopeless and irrevocable, replete with risk and struggle. Yet for millions of people, such poverty is a daily reality." 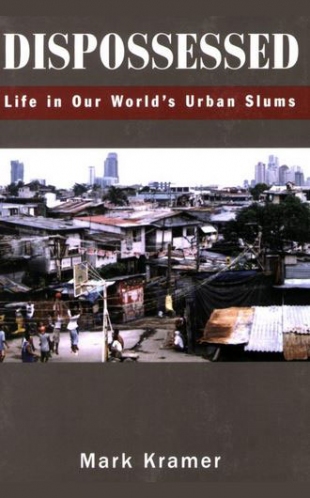