A Journey with God in Time A Spiritual Quest

" 'How many centuries is it since a great religion shook the world?' Andre Malraux asked, and that question became the starting point of my new project of passing over to the great religions, to Buddhism, to Christianity, to Islam. Each one of those three 'shook the world,' and if another religion of that magnitude has not come along in the meanwhile, still those three continue to shake the world. To pass into them is to enter into that shaking of the foundations that they bring about. Buddhism shakes the foundations of self, bringing an enlightenment that carries us beyond the standpoint of self. Christianity shakes the foundations of life and death, bringing the revelation of a life that is eternal. Islam shakes the foundations of our will and purpose, bringing the revelation of a God whose will is accomplished in everything that happens.

"I tried passing over into the lives of the founders, passing over to Gotama, to Jesus, to Mohammed. I saw each of them as going into solitude to gain insight and then coming back to the human circle to share the insight with others. I say 'insight,' meaning 'enlightenment' for Gotama and 'revelation' for Jesus and Mohammed. It is as though there is a common underlying experience of going into solitude and coming back again into the human circle but in each one a unique insight into that common experience. Solitude for Gotama is being alone that is being all one, an aloneness that becomes all oneness in the enlightenment of 'no self' (anatta). Solitude for Jesus is being alone with the Alone whom he calls Abba, the Alone of 'unconditional relation,' as Martin Buber calls it, I and thou. Solitude for Mohammed is being alone with the Alone whom he calls Allah the Compassionate, the Merciful.

"Coming back then into the human circle, Gotama spends the rest of his life teaching others to follow the way he has found. The remainder of his life was many years, until he finally died in his eighties. Jesus too, coming back into the human circle, spends his time teaching others to follow him in his relationship with God, but his time is short and he shows by his death and resurrection the way through death to eternal life. Mohammed has to flee from Mecca to Medina in order to continue sharing the revelation he has received. The return then to the human circle becomes the test of the teaching of each great religion, the test of a long and peaceful life, the test of death and resurrection, the test of flight (Hegira) or journey. 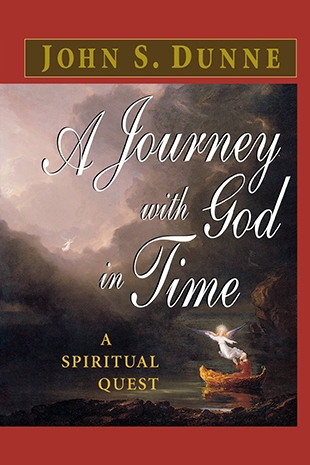