The Sacred Art of Lovingkindness Preparing to Practice

"According to Talmudic legend, there are always thirty-six menschen (the plural of mensch) on the planet at any given moment (Sanhedrin 97b; Sukkah 45b). Without their acts of lovingkindness, life on this planet would implode under the weight of human selfishness, anger, ignorance, and greed.

"The number thirty-six is, according to Jewish numerology, twice chai, eighteen, the Hebrew word for 'life.' These menschen are called lamed-vavniks, from the Hebrew letters lamed and vav that make up the number thirty-six. They live both for themselves and for others (twice chai), and the lovingkindness they generate keeps human beings from total annihilation. Cultivating the sacred art of lovingkindness is enrolling yourself in the ranks of the lamed-vavniks.

"Right now, at this very moment, there must be thirty-six acts of lovingkindness occurring on the planet, or the collective weight of human ignorance, fear, anger, and greed would crush humankind. The fact that you are reading this book and the world is still functioning means that someone, or rather thirty-six someones, are carrying out the lamed-vavnik obligation.

"But what about the next moment? Can you really afford to let your very existence and the existence of the entire world rest on the shoulders of others? Or should you consciously pitch in and take up the challenge of being a lamed-vavnik yourself? And, if you do choose to step in, can you afford to do so alone, or should you bring a few others along with you? . . .

"Once you realize that the whole world depends on you for its very survival, you will not lack in opportunities to serve. Just remember that you are a hidden saint. While it is fine to invite others to join with you, make sure you don't advertise your own saintliness. While being a lamed-vavnik may be good for your soul, it doesn't belong on a resume." 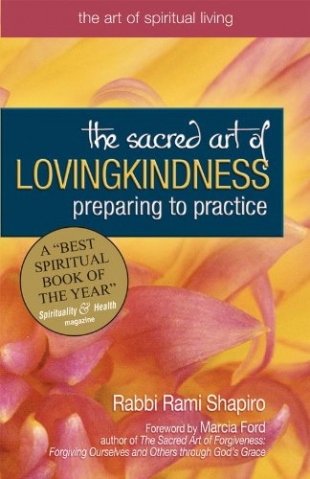