The Knowing Heart A Sufi Path of Transformation

"One of the most important guiding principles in the Sufi way of life is adab, which can be translated as courtesy, respect, appropriate behavior. Adab is not mere formality; it helps to create the context in which we develop our humanness. Every situation and relationship has its own adab . . .

"According to my observations of Arab, Turk, Persian, Pakistani, Indonesian, African, and Westerner Sufis, adab seems to be one of the constants of Sufi interaction. I have tried to distill some principles from the various forms of adab that I have witnessed in various Sufi gatherings. Our possibilities together on this path would be served by increasing our awareness of some of these simplified principles:


• To be straightforward with sincerity and truthfulness.

• To be aware of and have regret for our own faults, rather than finding fault with others.

• To be free from the preoccupation, worry, vanity, and ambition over the world and the worldly.

• To be indifferent to the praise or blame of the general public.

• To do what one does for Allah's sake — not out of desire for reward or fear of punishment.

• To adopt an appropriate humility and invisibility in public and in the meetings of the dervishes.

• To serve the good of one's brothers and sisters with all one's physical and other resources.

• To seek to heal any wound one may have caused to another, and to correct any misunderstanding within three days, if possible.

• To know that no good will come out of the expression of anger or excessive hilarity.

• To be patient with difficulties.

• To be indifferent to favor or benefit for oneself, for 'receiving one's due.'

• To be free of spiritual envy and ambition, including the desires to lead or teach.

• To strive to increase one's knowledge of Sufism (including Qur'an, Hadith, and the wisdom of the saints).

• To be willing to struggle with one's ego as much as it prevents one from following proper adab, and to realize that the greatest ally is Love.

• To have a sheikh whom one loves and is loved by, and to cultivate this relationship.

• To accept suggestions and even criticism from one's sheikh with gratitude and nondefensiveness. (The proper response is always 'Eyvallah' — 'All good comes from God.')

• To keep no secrets from one's sheikh.

• To not reveal any extraordinary states that occur during one's worship or practice, except to one's sheikh.

• To consult one's sheikh over major decisions in life, including journeys.

• To do neither less nor more than the practices suggested by one's sheikh (although to ask for more is always permitted).

• To seek instead to make one's practices more and more inwardly sincere, rather than outwardly apparent.

"As a friend of ours, Shaikh Tosun Bayrak al-Jerrahi, said, 'As difficult as it may be to find a perfect sheikh, it is more difficult to be a minimal dervish.'

"In one of the earliest Sufi texts, Kashf al-Mahjub by Hujwiri, Abus Hafs Hadda Nayshaburi is quoted: 'Sufism, in its entirety, consists of various forms of adab. Each moment, each station, and each state has its proper action. To express the behavior appropriate to each moment is to attain the measure of the great Sufis. Whoever fails in this adab cannot imagine nearness to God, nor that God might accept his behavior.' " 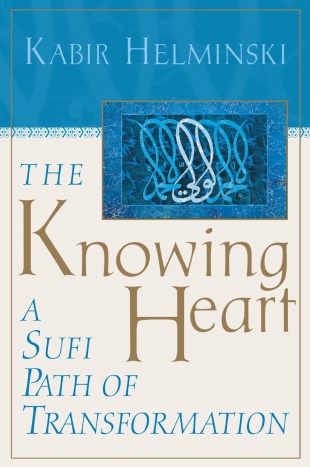