"Sometimes it seems as if the whole world is fueled by gossip. Much of what passes for hard news today is the Hollywood fluff that was relegated to pulp movie magazines when I was a girl. From the Central Intelligence Agency to Entertainment Tonight, gossip is big business. But in small towns, gossip is still small-time. And as bad as it can be — venal, petty, mean — in the small town it also stays closer to the roots of the word. If you look up gossip in the Oxford English Dictionary you find that it is derived from the words for God and sibling, and originally meant 'akin to God.' It was used to describe one who has contracted spiritual kinship by acting as a sponsor at baptism; one who helps 'give a name to.' Eric Patridge's Origins, a dictionary of etymology, tells you simply to 'see God,' and there you find that the word's antecedents include gospel, godspell, sippe (or consanguinity) and sabha, a village community — notoriously inter-related.'

"We are interrelated in a small town, whether or not we're related by blood. We know without thinking about it who owns what car; inhabitants of a town as small as a monastery learn to recognize each other's footsteps in the hall. Story is a safety valve for people who live as intimately as that; and I would argue that gossip done well can be a holy thing. It can strengthen communal bonds.

"Gossip provides comic relief for people under tension. Candidates at one monastery are told of a novice in the past who had such a hot temper that the others loved to bait him. Once when they were studying he closed a window and the other monks opened it; once, twice. When we got up to close the window for the third time, he yelled at them, 'Why are you making me sin with this window?'

"Gossip can help us give a name to ourselves. The most revealing section of the weekly Lemmon Leader is the personal column in the classified ads, where people express thanks to those who helped with the bloodmobile, a 4-H booth at the county fair, a Future Homemakers of America fashion show, a benefit for the family beset by huge medical bills. If you've been in the hospital or have suffered a death in the family, you take out an ad thanking the doctor, ambulance crew, and wellwishers who visited, sent cards, offered prayers, or brought gifts of food." 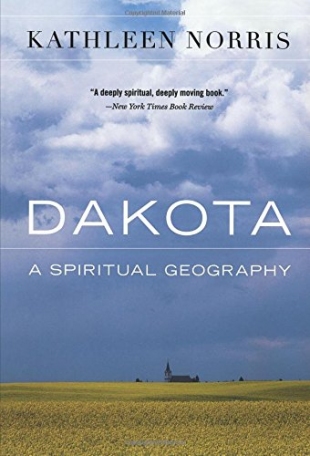