Jewish Renewal A Path to Healing and Transformation

By Michael Lerner
Sabbath as a weekly renewal and a celebration of the possibility of freedom from oppression.

"Shabbat is the quintessential Jewish observance and one of the most important contributions the Jews have to offer to the larger world. It is a pleasure and a joy, yet its message is deep and abidingly important. I had almost no clue of this when I grew up in a Conservative synagogue where Shabbat simply meant a Friday-night service. All the rhetoric about pleasure seemed to reduce to a good spread of food at the Oneg Shabbat or Kiddush that followed services. Most of the people went home, turned on their televisions to catch a late-night show. A smaller group did bother to come to shul the next morning, but many of them went shopping afterward, or to some sports event, or were attending to parts of left-over work, or paying bills, getting the car or home repaired, mowing the lawn, or doing other chores. Needless to say, I had no idea of the traditional experience of Shabbat as twenty-five hours of withdrawal from the way we normally lead our lives, immersion in a joyous and celebratory ritual whose rhythms challenge our world's logic of domination and consumption. When I encountered Shabbat as performed by people who were seriously into it, it was like going from the jingle on a television commercial to a great symphony.

"Shabbat is the moment in which Jews withdraw from the human activities involved in mastering and controlling the world, and focus instead on responding to the grandeur of the universe with awe, wonder, and radical amazement. As the psalm for Shabbat proclaims, 'I rejoice in Your works, O God. I will exalt in the works of your hands!'

"All week long we are involved in getting and spending, in acting on the world to make it turn out the way we want. On Shabbat we cease from that whirlwind of activity. We change the mode from active to receptive. We embrace Mother Earth with joy and celebration, we sing songs to the sun and the moon and the stars. As we express our delight at God's creation, we are overwhelmed with the immense preciousness of Being.

"As Abraham Joshua Heschel used to point out, there are two attitudes through which we can approach the world: one in which we seek to accumulate information in order to dominate, the other in which we deepen our appreciation in order to respond. 'As civilization advances, the sense of wonder almost necessarily declines . . .Mankind will not perish for want of information, but only for want of appreciation. The beginning of our happiness lies in the understanding that life without wonder is not worth living.' Shabbat is the the moment each week fully dedicated to responding with appreciation. It is, Heschel once said to me, greeting the world not with the tools we have made but with the soul with which we are born; not like a hunter who seeks prey but like a lover to reciprocate love.

"Shabbat is for appreciation, for receptivity, for wonder.

"It is twenty-five hours dedicated to being open to the world, responding, celebrating. In some respects Shabbat affirms a part of religious experience that is not uniquely Jewish. Other religions also have religious celebrations of the grandeur of the universe and the magnificence of creation.

"Shabbat is also something else, the weekly celebration of the possibility of emancipation from oppression and domination: Zeycher le'tziyat mitzrayim.

"Shabbat is both the result and celebration of the first national liberation struggle. Ruling elites throughout most of recorded history have sought unlimited power to expropriate the labor of others. When there is no limit, when people are forced to work till they drop or drop dead, we have a condition of slavery. Shabbat is first historical imposition of a limit on the ability of ruling elites to exploit labor. it is the embodiment of the first time when the people who work were able to say no to a ruling elite and make it stick.

"The notion that working people could do this, that they had rights that limited power of the bosses, was a new notion in history the Jews build their religion around it.

"Shabbat wasn't a day of rest only for those who could afford it. 'Six days shalt thou work, and the seventh day is a Sabbath to your God. On it, you shall do no work, neither you, nor your family members, nor your animals, nor anyone who works for you, nor the stranger who is within your gates.'

"Shabbat is the first completely democratic sharing of rest. It was the Jews who won this, and the Jewish way of organizing the week spread, it became the gift of the Jewish people to the rest of the world. It was only in the twentieth century that this gift was extended to a second day, creating a weekend. And when that happened, it was through social movements that had disproportionately large Jewish participation in their leadership and activists.

"Shabbat is a nonreformist reform. It provides a space and a concept through which people are encouraged to get more power.

"Shabbat is the real-world testimonial to the fact that the world can be transformed from what is what ought to be, and God is the Force in the universe that made that possible.

"People often ask the question, 'Is there any society in which people are actually living according to the utopian ideals that you espouse?' The answer is, 'Wherever people observe Shabbat, they are proving that the utopian ideals are really possible.'

"But it's only one day in seven,' you might say.

"That's also its genius. Shabbat becomes an assessment of what is possible in a world of oppression. Rejecting the position that every step along the way toward a liberated world is useless because it is so limited, Shabbat testifies to the power of achieving partial gains in the struggle. It is a taste of the world to come, but a taste that gives the incentive to fight for more. That's why Jewish tradition encourages us to prolong Shabbat, and to take the spirit of Shabbat into the rest of the week with us. It may take us the whole Shabbat just to get rid of the pressures of the week enough so that we can begin to taste a different rhythm by its end.

"When Mao Zedong was fighting to liberate China from feudalism he did so by liberating bits of land in which the Communists could begin to actualize their vision of the future. The experience energized the cadres, whose taste of the possible gave them strength to fight to change the actual. Shabbat works that same way. So Shabbat promotes a consciousness that detaches us from commodities, encourages us to focus on the world not from the standpoint of how we fit into it, but as creatures who sing to God its praises.

"The weekly choice to dedicate one day not to the shopping mall, not to the television or telephone or computer, not to the consciousness of the market, opens the possibility for sacred time in which the call of God can be heard. It stands in contradiction to the logic of the competitive marketplace and to all other forms of oppression. In giving us this taste of what a future world could feel like, it becomes liberated time, the vanguard of the struggle to liberate all time from the sophisticated forms of domination of consciousness." 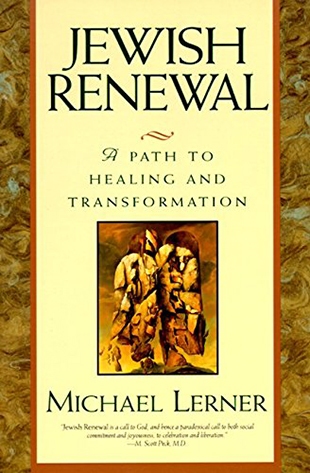