By Brad Sachs
Brad Sachs on loneliness, a time when we are most open to the possibility of who we may become.

"Believe it or not, it is impossible to travel successfully and completely from childhood into adulthood without spending a serious amount of time contemplating loneliness, because the loneliness that seems to loom so ominously is actually nothing more than our mature self, the adult soul that has opened up and is welcoming us, inviting us to enter and inhabit it.

"You wondered, in your letter, if your loneliness had to do with not being 'attractive,' with not having a 'good personality,' with being a 'misfit.' But I don't think it has anything to do with any of that. After all, you've also said that you've had close friends over the years, and while I expect you'll fight me on this one, most of the individuals I've spoken to who know you well, such as family members and teachers, say that you display much warmth and a quiet charm.

"So, rather than find a way to blame yourself for your loneliness (and I must say, you've developed quite an advanced capacity for self-blame over the years; that's something we may want to examine at some point), I think it would be better to find a way to shake hands with your loneliness and become better acquainted with it. It's not going to be a permanent state and is, to my way of thinking, just further evidence that you are evolving.

"One other thing that I want to remind you of that's working in your favor is that highly creative individuals such as you often find themselves to be outcasts as teenagers. The reason for this is that one of the easiest and safest ways to make it through adolescence is to conform, to become as much like everyone else as possible. While this works for some students, it works against someone who, like you, takes such justifiable pride in her uniqueness and out-of-the-ordinariness.

"However, should you proceed with your stated plans to go to college or an art institute, you will eventually find yourself with many like-minded peers who also value originality over conventionality, imagination over compliance. That, along with your gradually becoming more comfortable occupying your new, adult identity, will help to take the edge off the loneliness and keep it from feeling so oppressive.

"Despite my sense that this will become less of a problem over time, though, I do sincerely hope that you never lose the capacity to feel lonely, because it is when we are lonely that we are not only most true to who we are but also most open to the possibility of who we may become. We don't live in a culture that values aloneness, that creates room for solitude, so sometimes we have to seek it for ourselves.

"And one more thing — don't forget that writing to me about being lonely will help you make sense of your loneliness. I'm very glad that you were able to step out of yourself long enough to do so. 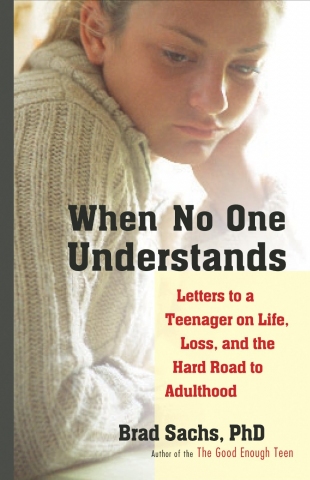