"The Dalai Lama was once asked how to teach children compassion in a world full of violence and intolerance. And he replied, 'teach them to like and respect insects.' For if we can learn to care about something that is tiny, strange, and not always easy to relate to, then we can realize that insects, like everything in Nature, share the same life. And in turn we could eventually realize that all human beings — not just our particular group or country — also share the same life. Haiku is a way to remember how everything is connected in our world, and if we feel connected we will not harm things, but rather care for them. Haiku is often about noticing and caring for the small; more than any other haiku poet, Issa was known for his compassion toward small creatures. This was an idea taken from Issa's belief in Pure Land Buddhism, namely that we should not harm any creatures, from human beings down to insects, and that we should have compassion toward them because we are all part of the same life force. Haiku is an apt reminder that in order to nurture our compassion toward other people and the world, we can begin by extending our compassion to all living things in Nature, by starting with insects like the tiny fly. Starting with the small." 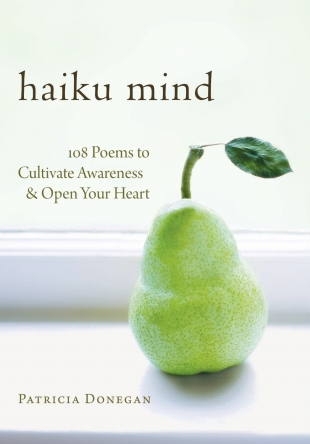