By Brian D. McLaren
Brian McLaren on the violent and judgment God worshiped by Fundamentalist Christians, Muslims, and Jews.

"If we were studying the Bible together over a period of time, we could trace the maturation process among biblical writers regarding God's character. In some passages, God appears violent, retaliatory, given to favoritism, and careless of human life. But over time, the image of God that predominates is gentle rather than cruel, compassionate rather than violent, fair to all rather than biased toward some, forgiving rather than retaliatory. In this more mature view, God is not capricious, bloodthirsty, hateful, or prone to fits of vengeful rage. Rather, God loves justice, kindness, reconciliation, and peace; God's grace gets the final word.

"People who are part of what is often called fundamentalism today, whether Christians, Muslims, or Jews, often find it difficult to acknowledge this kind of progression in understanding across the centuries. If anything, they feel obliged to defend and give priority to the early, raw, more primal, less-tested and -developed views of God, minimizing or marginalizing what I am calling the more mature and nuanced understandings. So the God of the fundamentalists is a competitive warrior — always jealous of rivals and determined to drive them into defeat and disgrace. And the God of the fundamentalists is superficially exacting — demanding technical perfection in regard to ceremonial and legal matters while minimizing deeper concerns about social justice — especially where outsiders and outcasts are concerned. Similarly, the fundamentalist God is exclusive, faithfully loving one in-group and rejecting — perhaps even hating — all others. The fundamentalist God is also deterministic — controlling rather than interacting, a mover of events but never moved by them. And finally, though the fundamentalist God may be patient for a while, he (fundamentalist versions of God tend to be very male) is ultimately violent, eventually destined to explode with unquenchable rage, condemnation, punishment, torture, and vengeance. 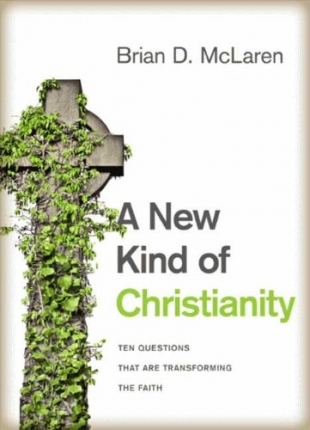