Too many religious scholars and spiritual seekers have fallen into the trap of proclaiming one faith or path as superior to all the others. This "holier than thou" approach has fostered religious wars, anger, and a lack of cooperation among believers. Editor Paul F. Knitter (Introducing Theologies of Religions, Subverting Greed: Religious Perspectives on the Global Economy) has brought together seventeen essays by religious scholars from Christianity, Judaism, Islam, Buddhism, and Hinduism. They were presented at a conference in Birmingham, England in September of 2003. He sums up the pluralist consensus that resulted from this multi-faith exploration:

"1. All the religions possess the resources within their own traditions to adopt the pluralist model.

"3. All religious traditions, in varying ways, recognize that the ultimate reality or truth that is the object of their quest or discoveries is beyond the scope of complete understanding.

"4. Pluralism does not imply relativism. Contrary to current caricatures, pluralists do not assert that 'all religions are essentially the same' or that 'all religious beliefs or practices are equally valid.'

"5. The most urgent (though not the only) form of interreligious encounter is an ethical dialogue among the religions. Such a dialogue must 'engage the pressing problems of the world today, including war, violence, poverty, environmental devastation, gender injustice, and human rights violations.'

"6. In their encounters and dialogues, the religions must respect freedom of conscience. To do this, they must distinguish between witnessing and proselytizing. Proselytization results from claims of superiority. Witnessing is based on the desire and need to share what one has found to be true and precious."

All of the essayists would probably agree with Hans Kung in his book Global Responsibility when he states: "There will be no peace among the peoples of this world without peace among the religions." That is why spiritual practitioners of all persuasions must keep talking to one another and sharing practices that emphasize common goals of true humanization. 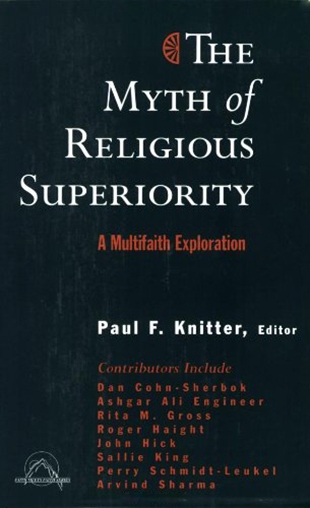