By Linda Hogan
An incredibly convincing and moving portrait of Native American spirituality.

In her third novel, Linda Hogan honors mystery as a sacred force in the lives of Native Americans. The narrator of this lyrical and enthralling work is Omishto, a sixteen-year-old member of the dwindling Taiga tribe in the Florida wilderness. Although she lives with her Americanized mother, stepfather, and sister, this sensitive and strong-willed young girl spends most of her time with Aunt Ama, a fearless outsider who lives in the woods and is in constant touch with the spirit world.

Omishto is with her during a hurricane that sends deer flying and uproots a five-hundred-year-old tree. Then Aunt Ama in a trance-like state leads her through the woods where she kills a panther, her animal ally and the tribe's sacred ancestor. Omishto, who watches everything and sees deeply into what is going on around her, knows nothing will ever be the same again.

Ama is put on trial for killing an endangered Florida animal and also faces the elders who believe she has broken tribal law. Realizing that she will never see her beloved mentor again, Omishto exiles herself from the white world. She wrestles with Ama's legacy and gives herself to the mystery of the natural world. Linda Hogan's Power presents an incredibly convincing and moving portrait of Native American spirituality. 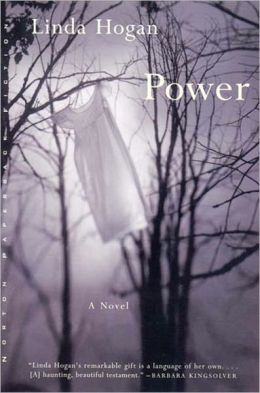