The Red Thread of Passion Spirituality and the Paradox of Sex

By David Guy
A blend of memoir, journalism and literary criticism.

Although many religious authorities and institutions have desperately tried to separate spirituality and sexuality, there have always been poets, prophets, and seers who insist that the two must remain united. In this pensive work, which is a blend of memoir, journalism, and literature criticism, David Guy (The Autobiography of My Body) explores what he calls the red thread of passion.

He notes: "Anything you do with your deepest energy is a sexual act. It is a matter not of looking for new places to find sex but of seeing that sex is everywhere." Guy admits that he has learned more about eros on a meditation cushion than he ever did in a whorehouse. The author finds in the poet Walt Whitman a deep appreciation for the sacred body and an ability to eroticize his relationship with the natural world. Guy pays tribute to D. H. Lawrence who enabled us to see that "sex is sacred because it opens us to the energy behind all life." He also includes in this exploration commentary on the writings of Alan Watts and the bodywork of contemporary theorists such as Carol Queen and Joseph Kramer. 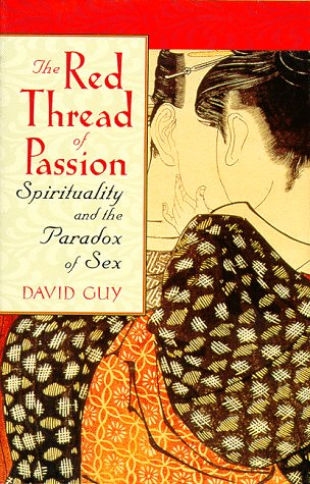