By Ronald Larsen
A salute to the beauty and the bounty of pots -- or any other works -- made by hand.

Ronald Larsen established Crary Mills Pottery in New York in 1978. He is a full-time studio potter who makes utilitarian pottery with traditional hand methods. He has compiled and edited a fascinating collection of essays, stories, poems, and observations by a wide range of potters, writer, philosophers, and other artisans to pay tribute to handmade and functional objects.

One of our favorites is from M. C. Richards' classic book Centering:

"There are many marvelous stories of potters in ancient China. In one of them a noble is riding through town and he passes a potter at work. He admires the pots the man is making; their grace and a kind of rude strength in them. He dismounts from his horse and speaks with the potter. 'How are you able to form these vessels so that they possess such convincing beauty?' 'Oh,' answers the potter, 'you are looking at the mere outward shape. What I am forming lies within. I am interested only in what remains after the pot has been broken.' "

We also like this piece, which clarifies that each creation bears the imprint of the person who did it.

"There is a recent book (Ronald Blyth, Akenfield, Dell Publsihing Co., New York, 1969) about the village of Akenfield in England, in which the author tells of the old farmers who could look at a field where ten people had ploughed and tell you the name of the man who had done each furrow. In it could be felt the character of that ploughman. In a similar way I have been told of Indian markets in South America where they sell rope and can tell you, just by looking at it, who made each particular piece. There is a great difference between such innate character and what is an attempt at a 'personal' statement. . . .

"Those farmers in Akenfield were asked why they took such care to make furrows so precise — the precision would not yield more beans — and they answered that it wasn't because they were paid more, it was because it was their work and they did it as best they could. It belonged to them, it was them. 'It was his signature,' writes Blyth about the farmer, 'not only on the field but on life.' " 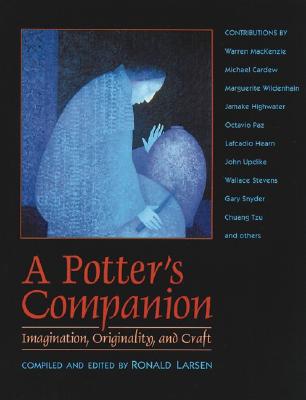