Love Is a Stranger Selected Lyric Poetry of Jelaluddin Rumi

Kabir Helminski is a sheikh of the Mevlevi order of Sufis, which traces its inspiration to Jelaluddin Rumi (1207 - 1273. In the introduction to this collection of 44 poems, he points out that Rumi is not only a great poet but "a saint whose personal example inspired the founding of a major religious order, and as a philosopher whose elaboration of the cosmic sense of Love has had a significant impact." At his death, this Muslim was mourned by people of different religious traditions, each convinced that he had brought him or her to a deeper understanding of faith.

What makes Rumi's poetry so special and enduring? Helminski writes about its emphasis upon love, its journeys to the inner world, its exploration of mystery, and its "attempts to disturb conventions of thought and feeling, to peel back the skin of conditioning, to penetrate layers of expectation." This paperback contains most of the poems from Helminski's Ruins of the Heart (1980) along with poems translated since then.

Rumi delivers good news on these pages about Love as "a stranger with a strange language," the root of your Self, moving beyond the war inside, letting go, refuge with the Merciful, breaking our bonds, the recklessness of love, and a world with no boundaries. Rumi would say "Welcome!" 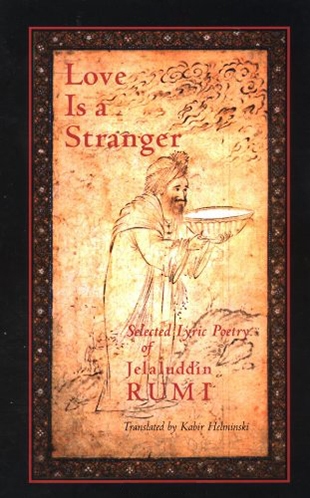