We enjoyed the opportunity to meet Leonard Cohen up close and personal in the documentary Leonard Cohen: I'm Your Man. This diverse and idiosyncratic collection of poems and musings is accompanied by the author's own line drawings which lend a playful and droll touch to the book as a whole.

Joan Chittister, a Benedictine sister, has written: "Longing is a compass that guides us through life. We may never get what we really want, that's true, but every step along the way will be determined by it." That certainly seems to be true for Leonard Cohen. For most of his life, he has written songs and poems that convey his vast yearnings. He has great respect for the mysteries of sex and of the soul.

For five years, Cohen was a Zen monk in a California monastery. Perhaps the solitude appealed to him; perhaps he felt a need to quiet himself, to get away from the rush and tumult of the entertainment business and the hard labor of seeking after fame. But it did not suit him well, as he notes in two poems: "The Lovesick Monk" and "Leaving Mt. Baldy." In the first, he gently pokes fun at the austerity of the place and the rigors of Zen practice. In the second, he admits:

"I finally understood
I had no gift
for Spiritual Matters."

But Cohen shows a sustained fascination with the sexual allure of women's bodies and the enchantments they offer when one is attentive and patient and reverent. In "Other Writers," "Disturbed This Morning," "Opened my Eyes," "Because of a Few Songs," and other poems, the author demonstrates that he shares with writer and raconteur Henry Miller a love of the flesh and an unabashed pleasure in describing these intimate connections. A good example is "Half the World":

"Every night she'd come to me
I'd cook for her, I'd pour her tea
She was in her thirties then
had made some money, lived with men
We'd lay us down to give and get
beneath the white mosquito net
And since no counting had begun
we lived a thousand years in one
The candles burned, the moon went down
the polished hill, the milky town
transparent, weightless, luminous,
uncovering the two of us
on that fundamental ground,
where love's unwilled, unleashed, unbound
and half the perfect word is found." 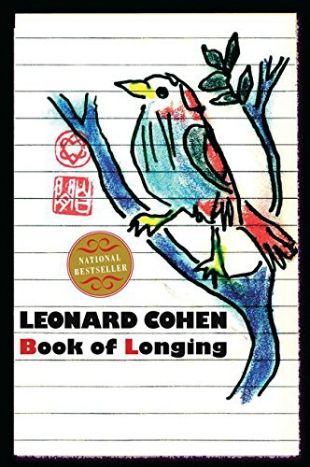