Christ of the Celts The Healing of Creation

By John Philip Newell
Challenges Christians to reframe our views of Christ, nature, and others in light of the wisdom of Celtic spirituality.

J. Philip Newell is a poet, scholar, and teacher. Formerly Warden of the Iona Abbey in the Western Isles of Scotland, he is now Writer-Theologian for the Scottish Cathedral of the Isles as well as Companion Theologian for the American Spirituality Center of Casa del Sol at Ghost Ranch in New Mexico. Newell is convinced that there is a widespread yearning for peace and a great need to reconnect with the good Earth. The author finds both of these themes in the tradition of Celtic Christianity. Tapping into ancient and modern resources ranging from the Gospel of Thomas and the Acts of John to the writings of Irenaeus, Eriugena, and Teilhard de Chardin, he identifies new hope for humanity in the presence of God in everyday life.

In the Celtic tradition, Christ is often referred to as "the truly natural one." which means he has come to show us the way back to the original root of our being. Pondering our sacred origin is a good thing to do. Newell shares this story:

"A number of years ago, I delivered a talk in Ottawa, Canada, on some of these themes. I referred especially to the prologue of the gospel of John and his words concerning 'the true light that enlightens everyone coming into the world' (John 1:9). I was inviting us to watch for that Light within ourselves, in the whole of our being, and to expect to glimpse that Light at the heart of one another and deep within the wisdom of other traditions. At the end of the talk, a Mohawk elder, who had been invited to comment on the common ground between Celtic spirituality and the native spirituality of his people, stood with tears in his eyes. He said, 'As I have listened to these themes, I have been wondering where I would be today. I have been wondering where my people would be today. And I have been wondering where we would be as a Western world today if the mission that came to us from Europe centuries ago had come expecting to find the Light in us.' "

Many Christians over the centuries have not been able to see the Light within themselves or in others because of their acceptance of the doctrine of original sin. Newell calls this "an obsessive-compulsive disorder on a massive scale." With its emphasis on the worthlessness of human beings, it has wounded millions of modern men and women and driven them far from the church. Newell also discusses other detrimental doctrines including a negative view of the body and sexuality, a hesitancy to see grace as operative in nature, and the idea of substitutionary atonement.

Celtic Christianity is more poetic than doctrinal and that is why it speaks to so many in this ecological age. Aelred of Rievaulx taught that God is not our judge but our lover. And that is the good news that shines through the pages of this healing and helpful book. The Christ who comes from the heart of creation brings glad tidings that enable us to open to the bounties of the natural world and the wonderful religious diversity that offers us new evidence of the ties which bind us to others. 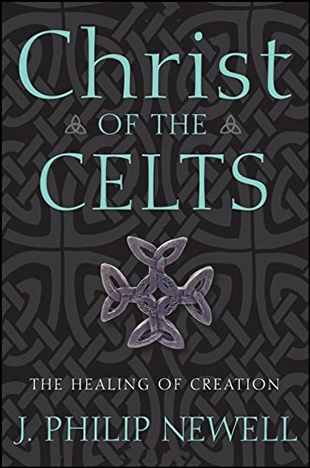