By Richard Rohr
Addresses some of the great themes of the Bible including grace, mystery, and power.

Richard Rohr is the founder and animator of the Center for Action and Contemplation in Albuquerque, New Mexico. He is a featured Living Spiritual Teacher at Spirituality & Practice and the author of many books including Contemplation in Action. In this paperback, Rohr examines some of the great themes of the Bible. Although he is Catholic, he hopes that his approach will find an eager reception from the "emerging church" that is "gathering the scriptural, the contemplative, the scholarly and the justice-oriented wisdom from every part of the Body of Christ."

Rohr begins by advocating a beginner's mind in relation to the Bible: a certain openness to mystery and the imponderables of human nature. He describes the cosmic egg of healthy religion that includes our story, the larger story of community and nation, and the big story of meaning and the great patterns. Rohr ponders the Genesis creation story which unspools the opposites of darkness and light, heaven and earth, flesh and spirit. He also delves into original shame, Noah's ark of forgiveness, the garden of knowledge, the fall, chosenness, and union.

Rohr maintains that the Bible emphasizes again and again the importance of encounter, relationship, and presence in the face of the other. With Jesus we recognize pride, self-sufficiency, and hypocrisy as the real sources of friction and separation in the world. Whereas the daily news is filled with stories about power and domination, Francis of Assisi discovered in Jesus a self-emptying, loving and humble God. And part of the humility of those who follow the Way is eschewing a mind that makes faith dependent on answers and explanations given in the Bible:

"God's eternal mystery cannot be captured or controlled, but only received and spoken as freely as the breath itself — the one single thing we have done since the moment we were born and will one day cease to do in this body! God is available and accessible as our breath itself, and no religion is going to be able to portion that out, control it or say who gets it."

In contrast to a worthiness system, God spreads love and abundance around through grace. Rohr illustrates just what this means with a meditation on Mary, the mother of Jesus and a look at the movie Babette's Feast. The author concludes the book with a salute to "Mutual Indwelling" which is a final sign of the unfolding miracle of grace. 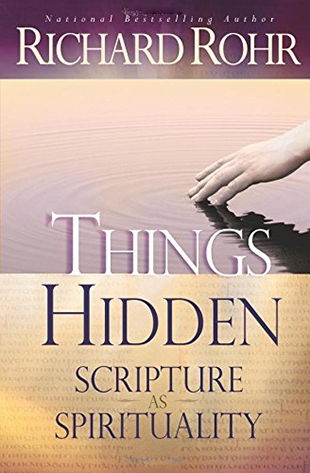