Sum Forty Tales from the Afterlives

By David Eagleman
A wildly imaginative collection of tales about possible afterlives.

One of our favorite movies is After Life, a Japanese drama directed by Kore-eda Hirokazu. A group of just dead men and women are ushered into a halfway house. Each of them is met by a counselor who explains that during the next several days he or she will need to choose one memory — the most vivid, moving, or pleasant experience of his or her life — which will be reconstructed and filmed in a studio. At the end of the week they will look at the films together and each take one memory into eternity.

This is a film that David Eagleman would like. He works as a neurologist at Baylor College of Medicine in Houston, Texas, and in this book presents a wildly imaginative collection of 40 tales about afterlives. They are well-written, concise, and compelling with their provocative insights into human nature, science, religion, God and community. Eagleman may not have intended these tales to deepen and enrich our sense of reverence for life and our appreciation of the mysteries of human personality, but they do just that with their simplicity and elegance.

In one tale, all the debate about the gender of the Creator turns out to be a waste of breath since God is a couple. In another, Heaven is in disrepair and God is gone. While the old cliché pictures God as an old man with a white beard, in several of these stories God is a woman, an alien, or a microbe. In one very clever tale, God is enchanted with the book Frankenstein and Mary Wollstonecraft Shelley is looked after by angels. In another, there is no single God but many gods.

And what about human beings in their afterlives? Some are upset that there is nothing to do in Heaven. Others are appalled to discover individuals and groups they despised or disdained on Earth are treated as equals. A few are disgruntled to find they are being used as mobile robots for cosmic mapmakers or as experimental subjects for gods in a project on marriage. Imagine what your response would be to learn about your role as one of God's organs or as the re-creation of your credit card records and Internet history.

It seems as if all of us would be better off both on Earth and in the life to come to let go of our rigid ideas and ideals about God and to abandon our expectations of what Heaven might be like. That way, we can open ourselves to all the wild possibilities just like David Eagleman has done here so creatively. 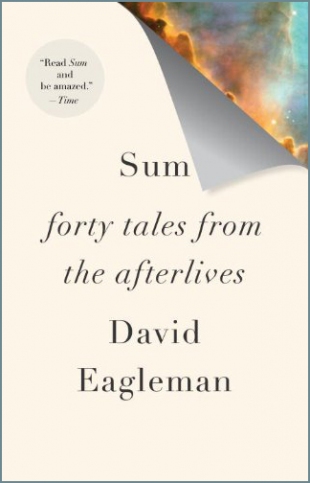