By Diana Butler Bass
A bold and visionary work that reframes the history of Christianity using beliefs and practices from the past to light the way into the future.

Nowadays it is very common to hear people salute spirituality with verve and then speak sourly about religion, especially Christianity. They still claim to have a special place in their hearts for Jesus but are fed up with what happened after his time. In this bold and visionary work, Diana Butler Bass, the author of Christianity for the Rest of Us and currently Senior Fellow at the Cathedral College of the Washington National Cathedral, presents "the other side of the story" in her idiosyncratic version of the history of Christianity.

In place of the dogmatic, oppressive, and violent militant Christianity we often read about, she writes about a generative faith which "transforms the world through humble service to all. It is not about victory; it is about following Christ in order to seed human community with grace." A People's History of Christianity offers "a scrapbook of traditions that may have been forgotten, mislaid, or misinterpreted" along with a Jesus who is a master of humility, hospitality, and love. Bass has gathered beliefs and practices of past communities to light the way for faith communities of the future.

Hats off to these brothers and sisters from yesteryear who are remembered in this book:

• Justin Martyr who thought of Christianity as an inclusive faith that was destined to bring diverse peoples together.
• Irenaeus, the first Christian theologian to teach deification.
• Gregory of Nyssa who saw the whole of Christianity as the story of love.
• Basil the Great who built one of the first Christian hospitals and a hospice.
• John Chrysostum who believed in the social redistribution of wealth.
• Martin of Tours who dedicated himself to nonviolence.
• Benedict whose monastic handbook organized community around the practice of humility.
• Jean Gerson who wrote a mystical theology of dying well.
• Francis of Assisi who modeled a kinship with nature and all creatures.
• Teresa of Avila who proclaimed that all Christians could cultivate a rich devotional life.
• George Fox who affirmed that everyone had access to God within by virtue of the Inner Light.
• Juana Ines de la Cruz who believed that secular learning led to holy understanding.
• Jerena Lee who championed the spiritual process of sanctification.
• Harriet Tubman who was an example of political fortitude as the most successful conductor on the nineteenth-century movement against slavery.
• Harry Emerson Fosdick who was convinced that people need a "spiritual interpretation of life."
• Dietrich Bonhoeffer who envisioned a fresh form of faith for a post-modern world.

Covering a time frame from 100 to the present, Bass looks at Christianity as a way of life, as spiritual architecture, as living words, as a quest for truth, and as navigation. With great élan, she organizes the material in each chapter under the pillars of devotion and ethics. The end result is that we come to a fresh appreciation of the treasure-trove of spiritual resources within the Christian tradition that can be utilized as we deal with the environment, war, sexuality, and the deep yearning for peace and justice. 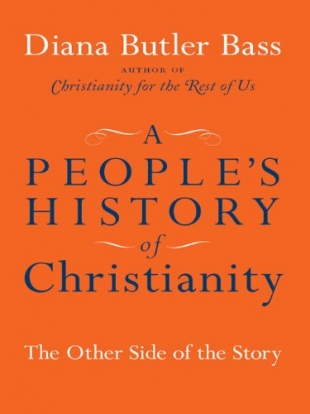