No Future Without Forgiveness

By Desmond Tutu
An important book on his experiences while serving as Chairman of South Africa's Truth and Reconciliation Commission.

Archbishop Desmond Tutu, recipient of the Nobel Peace Prize in 1984, was called out of retirement in 1995 by President Nelson Mandela to serve as chairman of South Africa's Truth and Reconciliation Commission (TRC). To heal the nation during its transition from despotism to democracy, it was necessary to look the beast of apartheid in the eye so that it would never rear up its monstrous head and fury again. It was decided that TRC would operate under the umbrella of restorative rather than retributive justice: Victims of human rights violations would be given a chance to tell their stories and to rehabilitate their civil and human dignity. TRC would grant amnesty to those confessing their crimes.

The Archbishop discusses the challenges, setbacks, and inner workings of the TRC process and offers excerpts from the victims and the perpetrators of apartheid. He also gives a detailed account of the nine-day inquiry into the activities of Mrs. Winnie Madikizela-Mandela and her notorious "football club" in Soweto in the late 1980s.

Tutu, the author of five collections of sermons and writings, believes that there is no future in any country split apart by ethnic conflict without forgiveness. He writes: "To forgive is indeed the best form of self-interest since anger, resentment, and revenge are corrosive of that 'summum bonum,' the greatest good." Here is a sober and clear-sighted example of spiritual politics at its best. 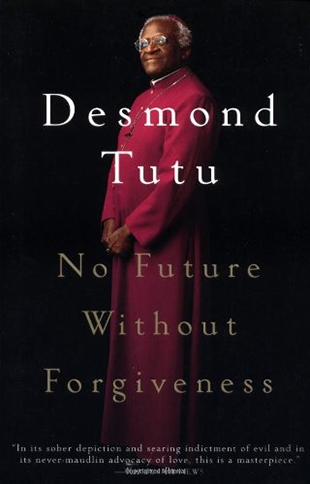