Gems of Wisdom from the Seventh Dalai Lama

By Glenn H. Mullin
Vibrant Buddhist teachings on generosity, compassion, the problems that affect the mind, and the rewards of the elightenment path.

The Seventh Dalai Lama (1708-1757) calls this collection of over a hundred spontaneous short verses illustrating the essential ingredients of the enlightenment tradition "a string of precious gems" for spiritual knowledge. Glenn H. Mullin, who studied Tantric Buddhism in the Himalayas for twelve years, presents thought-provoking commentary on each of these four-line verses.

The Dalai Lama opens up a portal into the Buddha's teachings about generosity, compassion, the problems that affect the mind, the inner distortions that affect the mind, and the rewards of the enlightenment path. This brief volume is brimming over with ethical insights into various spiritual practices. And all of these are amazingly relevant to our contemporary situation.

Take for example, the following observation on wealth: "Who are the most poor / of all beings in this world? Those so attached to their wealth / that they know no satisfaction." That's poignant enough to appear on a billboard in Times Square. And check this one, which reveals the Dalai Lama's sense of humor: "What is the body odor / easy to acquire but hard to lose? / Habits picked up from people / whose lives are far from spiritual ways." Those on the path of enlightenment eschew the norms of society whether in the eighteenth or twenty-first century. 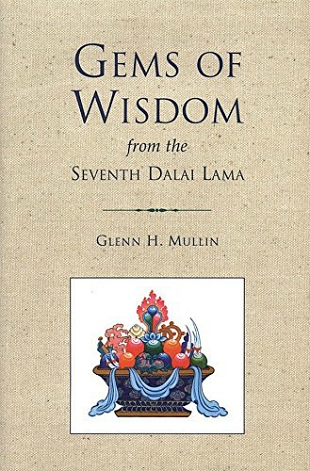