God Is Not a Christian And Other Provocations

Tutu's courage and creativity in dealing with the scourge of apartheid in South Africa is well known, along with his formative role in the healing work of the Truth and Reconciliation Committee. Likewise his openness to interfaith cooperation in a world of severe need. But what has surprised many is his zeal for the precious virtue of freedom that stands behind both his controversial identification with the Palestinians and his fierce defense of gays and lesbians.

Covering 40 years in his ministry, this book is divided into sections on his impact as "Advocate of Tolerance and Respect," "International Campaigner for Justice," "Voice of South Africa's Voiceless, " and "South Africa's Conscience." Whether talking about restorative justice, human rights, celebrating differences, democracy in South Africa, or the price of freedom, Desmond Tutu speaks as a prophet whose message is not condemnation but a spiritual prodding from the heart. He invites us to join with believers from all religious traditions to begin together on the Great Work as God's partners. 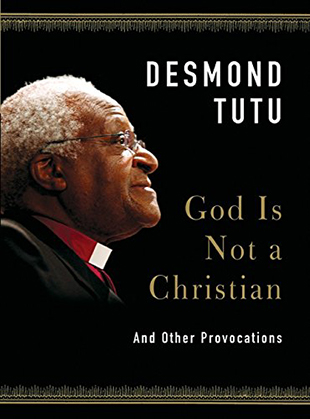