The Lunar Tao Meditations in Harmony with the Seasons

By Deng Ming-Dao
Taoist meditations by a sensitive connoisseur of everyday spirituality.

Deng Ming-Dao is the author of eight books including 365 Tao: Daily Meditations and is profiled on our website as a Living Spiritual Teacher. His books have been translated into fifteen languages. Deng Ming-Dao has studied qigong, philosophy, meditation, and internal martial arts with Taoist master Kwan Saihung for thirteen years.

Over the years we have been amazed at the rich wisdom of this Taoist practitioner, who has a special gift for conveying the insights and rewards of everyday spirituality. At the core of this handbook are Taoist meditations for each day of the lunar year. For added value, this intriguing resource also contains:

• Original translations of famous poems, Chinese classics, and Taoist texts that shine a light on the spiritual journey

• Examples of ways in which the teachings of Buddhism, Confucianism, and Taoism have much in common

Here is a sampler of the wisdom of Deng Ming-Dao from his meditations:

Take Comfort in the Unity of All Things
"Each scale of a pinecone faces a different direction and has its own place on the cone — but each one joins to a central core."

Here Comes the Sun
"Besides being the maker of life, the sun also symbolizes understanding. So much of our knowledge depends on examination 'in the light of day.' We call understanding enlightenment, and since the sun is our primary source of light, we associate it with seeing the truth."

Pilgrimage
"Finding something sacred in our lives, traveling there in devotion and commitment, humbling ourselves, sharing the experiences with others, and coming back transformed — all these are human expressions, human necessities. Pilgrimage is spiritual human migration. A sacred place makes us sacred."

Improvised Every Second
"Our relationship to Tao is dynamic and open. Following Tao is not about determinism or fatalism. Nothing is preordained. We are not the victim to any heavenly script. Every single part of Tao — unaccountable as they are — contributes to an ongoing dance that is improvised each second."

Chopsticks and Cooperation
"Chopsticks come in pairs. The two need to work in concert to be effective. Neither is longer than the other, and they need to be evenly matched in the hand to work properly. Isn't this the very lesson we need in working together? One chopstick is not useful. Two chopsticks are useful only if they are equal. The very model for cooperation is in our hands every day."

See Yin and Yang
"If the door is not open, it's closed. If having it closed is what you want, then that's perfect. The closed door not only keeps two rooms separated, but may itself be something to look at as a handsome piece of handiwork. You see yin and yang." 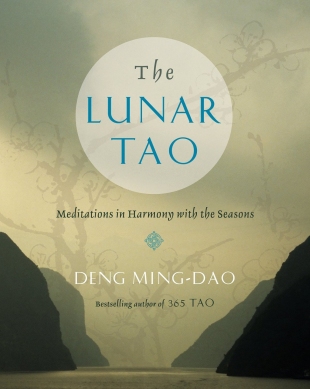