Desmond and the Very Mean Word

This spiritually animated story for children from 6 to 10 years of age is based on a real-life experience in South African Archbishop Desmond Tutu' s own childhood. Just after receiving a new bicycle, young Desmond goes for a ride and encounters a group of white boys who shout a very mean word at him. Upset and angry he stops by for a visit with Father Trevor who listens to his account of what happened. He tells Desmond that if he gives in to hatred and revenge, nothing will change and the cycle of violence will go on forever.

Despite this wise counsel, the boy can't shake his feelings of anger. Father Trevor assures him that forgiveness is the best path, and he can forgive the boys even if they don't apologize: "When you forgive someone, you free yourself from what they have said and done. It's like magic."

It is a real treat to read this true story and to see how the counsel of Father Trevor stayed with Desmond Tutu as he played a major role in the battle against apartheid in South Africa and later chaired The Truth and Reconciliation Commission. His leadership role in both of these momentous happenings revolved around his practice of forgiveness. Father Trevor was a true soul friend to Desmond when he needed a word of kindness to balance all the mean words. 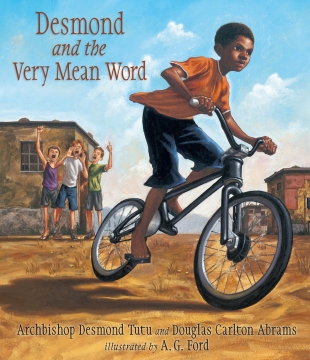