God Was in This Place & I, i Did Not Know Finding Self, Spirituality and Ultimate Meaning

By Lawrence Kushner
Midrash on Genesis 28:16 by six Jewish sages and a congregational rabbi.

Lawrence Kushner, rabbi at Congregation BETH EL in Sudbury, Massachusetts, is respected as one of the most creative Jewish theologians in America. In this scholarly work, he ponders the awakening of Jacob in Genesis 28:16. He points out that "for Jews the central religious act is not incarnation but interpretation. Jewish spirituality begins and finally, ends with the words of scripture." He describes this book as one long midrash, a reading between the lines of the story told in Genesis 28:10- 16. "Midrash," he explains, "attempts to 'imagine' how the apparently discordant 'words' of the text might be woven into a larger coherent whole."

Kushner presents commentary on the Genesis text by seven Jewish sages, from Shmuel bar Nachman who lived in the third century to Hannah Rachel Werbermacher of Ludomir who lived in Poland two hundred years ago. They have each reflected on Jacob's famous dream of ascending and descending on a ladder reaching from earth to heaven.

Kushner skillfully adds his own special touches to the mix with bits and pieces of Jewish mysticism, contemporary stories, and humor. For those who want to immerse themselves in the text and midrash, you could use the approach of some Jewish group. After reading the text from the Torah, they go around the room, each person saying, "My name is _____________ and I open the door and let God in when ___________" 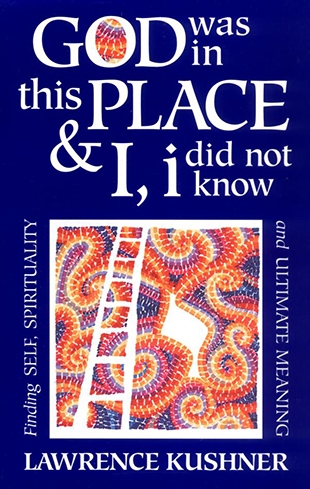