"God at 2000" was a nationally televised symposium that took place at Oregon State University in February 2000. It was jointly sponsored by the Hundere Endowment for Religion and Culture at Oregon State, the Chautauqua Institution of Chautauqua, New York, and Trinity Institute of Trinity Parish in New York City. Seven well-known religious thinkers and authors, representing the three major western religions, were asked to speak on the subject: "From your lifetime of study, reflection, and experience, what have you learned about God that seems most important to you?" All of them admitted in part to religious pluralism, the feminist critique of the patriarchal biases of traditional religion, liberation theologies, the link between God and the natural world, and the increased dialogue between science and religion.

The participants in "God at 2000" include Marcus Borg, a Scandinavian who grew up Lutheran and is now an Episcopalian; Diana Eck, a United Methodist feminist who was raised in Montana and spent many years in India; Lawrence Kushner, a Jewish rabbi with a congregation in Massachusetts who has taught at Hebrew Union College—Jewish Institute of Religion in New York; Joan D. Chittister, a Benedictine nun of Irish descent who is Executive Director of Benetvision: A Resource and Research Center for Contemporary Spirituality; Seyyed Hossein Nasr, a Muslim who grew up in Iran and is University Professor of Islamic Studies at George Washington University; Karen Armstrong, a British woman who was a novice in a Catholic religious order and now calls herself "a freelance monotheist"; and Archbishop Desmond Tutu, a black South African who is an Anglican archbishop and Nobel Peace Prize recipient.

In a succinct but thoughtful epilogue, Marcus Borg points to three shared conclusions of all the speakers: a mystical understanding of God, a celebration of religious pluralism as a virtue, and a sense of compassion as the core value of any spiritual perspective. Anyone who takes time to savor these speeches will find valuable insights into the different metaphors for God, the importance of questions, faith, scriptures, and much more. 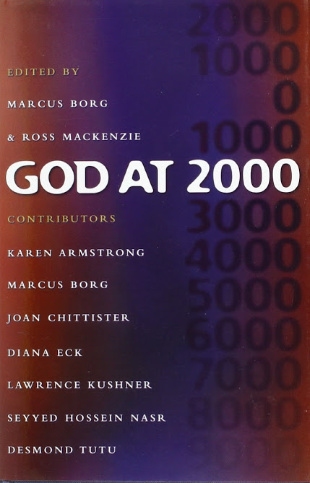