An Indigenous People's History of the United States

By Roxanne Dunbar-Ortiz
A radical re-visioning of U.S. history from an Indigenous people's perspective.

Roxanne Dunbar-Ortiz has been active in the international Indigenous movement for more than four decades. She has taught at various universities and is the author of eight books. This prodigious volume covers 400 years in the lives of the Native people who once inhabited North American land.

There are more than 500 federally recognized indigenous communities and nations, comprising nearly three million people in the United States. Dunbar-Ortiz has written U.S. history from an Indigenous people's perspective and the result is a savage, dark, and bleak story: "The history of the United States is a history of settler colonialism — the founding of a state based on the ideology of white supremacy, the widespread practice of African slavery, and a policy of genocide and land theft."

An Indigenous People's History of the United States is a book that made our blood boil with its portrait of settlers moving West and grabbing all the land they could while slaughtering the continent's native peoples. Dunbar-Ortiz quotes D. H. Lawrence's contention that "the essential American soul is a killer." The army of the West practiced a scorched-earth policy against the Apaches and other tribes.

Finishing this shocking re-visioning of the past, we recalled another nation's response to its irresponsible actions. In 2008, the Australian government made a formal apology to the country's Aboriginal population. Prime Minister Kevin Rudd said in Parliament: "The time has come now for the nation to turn a new page in Australia's history by righting the wrongs of the past and so moving forward with confidence in the future. We apologize for the laws and policies of successive Parliaments and governments that have inflicted profound grief, suffering and loss on these our fellow Australians." Part of the apology dealt with generations of indigenous children who were taken from their families by the government to be educated elsewhere. As a result, these young ones lost contact with their heritage (this same thing happened in the United States). The statement closes with the Parliament calling for "a future where the injustices of the past must never, never happen again."

A similar statement filled with ethical power and moral truth should be passed by the United States Congress to apologize for what was done to Native American peoples. And then they could go on and apologize to African-Americans for the period of slavery and to Japanese-Americans for the World War II internment camps. The shadow of injustice and the tarnishing of freedom hangs like a shroud over the American people. These acts of reconciliation would help turn a new page in the nation's history! 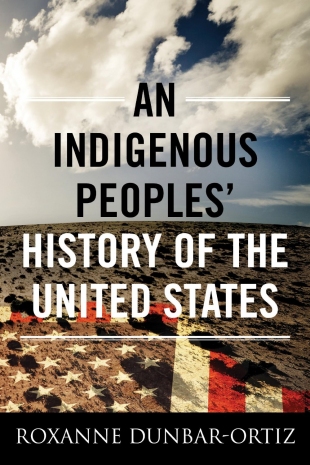