The Executed God The Way of the Cross in Lockdown America

By Mark Lewis Taylor
A morally rigorous Christian work condemning the failures of the prison system in America.

"To my mind," writes Mark Lewis Taylor, Professor of Theology and Culture at Princeton Theological Seminary, "the two million people in U.S. prisons, the epidemic of police brutality, and the burgeoning of death rows are a massive scar on any public compassion, any fellow feeling we might share with all of our contemporaries . . . a threat because it destroys that whole fabric of fellow feeling. It disrupts and divides the unity we want to feel and build, with our neighbors and with all humanity."

In this hard-hitting and morally rigorous work of Christian prophetic criticism of American culture, the author spells out the "theatre of terror" within the corrections system — capital punishment, racism, the use of rape as a way to divide and subdue prisoners, and the closing down of programs designed to rehabilitate inmates. Taylor shows how the prison system has become a growth industry that employs 523,000 people who essentially protect the rich and the prosperous from "disposable" elements of the population.

Although many traditional, church-going Christians support capital punishment and the "lock-'em-up-and-throw-away-the-key" philosophy afoot in the culture, Taylor proposes that Jesus' way of the cross (after all, he was a prisoner of Roman power and an inmate of the empire's death row) is a radical resource for creating an alternative to what he calls "lockdown America." In the name of justice, love, and compassion, Christians must creatively oppose the inhumane treatment of prisoners, the death penalty, and the virus of revenge that is rampant in the culture. We were especially impressed with Taylor's plea for "festivals of resistance" by Christians as an imaginative and playful way to do justice. 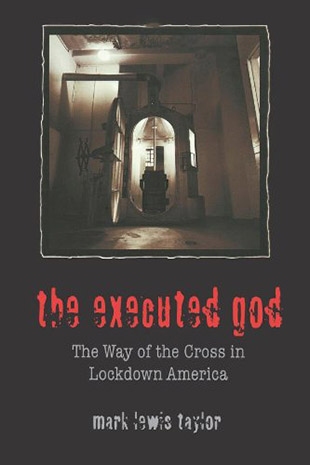